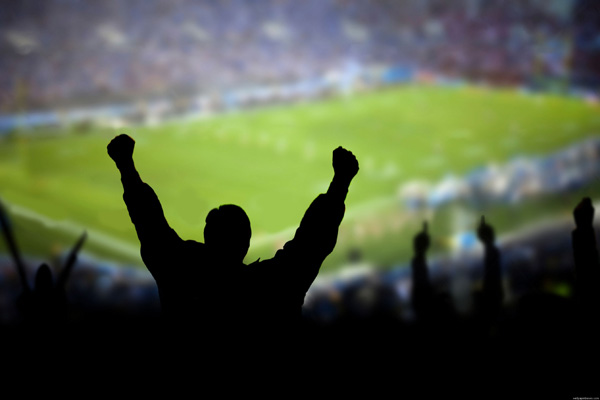 This report on the All Whites’ match with New Caledonia the other day is in two parts. The first involves me complaining about why the match was so disappointing. The second is a collection of quotes that I jotted down from the students behind me who used me as a shield so they could drink their smuggled diesels.

The All Whites returned to Dunedin for the first time since 1988 on Friday 22 March to play New Caledonia at Forsyth Barr Stadium. You would only have needed to cast your eye around the stadium to work out why it had been so long. Slightly more than 7000 bothered to attend. Those that did show were kept mostly in the larger south stand to trick television viewers into thinking the stadium was full.

Make no mistake, 7000 is a dismal turnout. In theory this is a high point in the history of New Zealand football. We have a (formerly) competitive club playing week-in, week-out in the A-League and the All Whites have a real chance of heading to their second World Cup in a row. Apparently that positivity doesn’t extend this far south. The combined attendance for the two best games of football Dunedin has seen or will see for quite some time didn’t even come close to matching the attendance for the Highlanders season opener. Dunedin is a rugby town.

Unfortunately, the football on show was nothing to write home about. Watching European football on TV has unfortunately left me with high expectations for professional footballers. I expect them to be able to control a ball, maybe make a pass or possibly test the keeper if they get through on goal. The All Whites struggled with all three. Unfortunately what we get down here is a something masquerading as professional football. What I saw was on a par with League One (third division) English football. Then again, the average attendance for League One is approximately 6000, so maybe the crowd was about right.

The All Whites won 2-1 but were inferior to New Caledonia by all traditional footballing criteria – touch, agility and vision. New Zealand had the advantage in fitness, height and strength and made it count with two headed goals, one from a set piece and another from an injury-time goalmouth scramble.

What follows is a selection of quotes I overheard from the lads sitting behind me in the “Zoo.” It was the most interesting part of the game and a baffling insight into how stupid some students are. Maybe they should make UE harder. I apologise for their racism.

Five minutes into the game:
“If I go to the toilet will you watch my Diesel?”
So far, so scarfie.

When an All Whites defender dispossessed a New Caledonian in front of us:
“See you later black boy.”
You have to be pretty dumb and racist to think this is okay to say.

Soon after:
“Man this game is buzzy. Imagine how good all the passes would be if we were blazed.”
Shakes head.

Shortly after, when the big screen shows a portion of the crowd:
B1: What are you doing?
B2: Waving to my mum, she’s watching this.
She must be so proud of you …

Goalkeeper Mark Paston takes a goal kick:
B1: Paston you’re a wanker!
B2: Why are you yelling that?
B3: I thought that’s what you’re supposed to do at the football.
Can’t help but laugh.

A bubble floats past:
“Bro, look at that bubble (bubble bursts) I swear the bass just dropped.”
I think a bit of snot just came out.

Pointing towards the “White Noise” supporters club in the main stand:
“Bro, those guys are the only ruckus ones here. How the fuck do we get over there? I’m gunna make a run for it.”
Pleeeeeeeeeeeeeease do it.