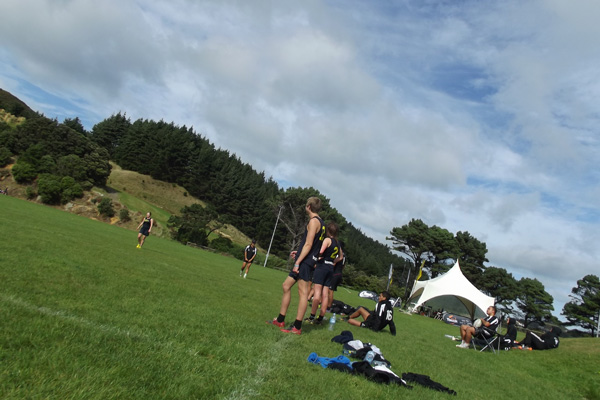 OUSA tasked with getting Uni Games back on track

The Uni Games are returning to the University of Otago in 2013. The annual inter-university sporting contest has been on the decline in recent years, but this year OUSA will manage a pared-back event in Dunedin from 22-24 April 2013.

OUSA Exec member and Recreation Officer Blake Luff said: “The games are about getting back to the roots of university-based sports. Getting students involved in a variety of team-based sports is a good way to meet and network with students from Otago and other Universities from within NZ.”

The “University Shield” has been awarded to the top sporting university since 1923. Otago has lifted the shield more times than any other New Zealand university.

Recent editions of the Uni Games and Uni Snow Games had become extremely costly for both participants and students’ associations. Consequently, numbers had dropped off and some had become disillusioned with the direction University Sport New Zealand was taking the event. Otago has withdrawn membership from USNZ, meaning they are ineligible to compete for overall trophies though, as Luff noted, “we can still win the sports.”

“The OUSA-USNZ relationship has become a wee bit niggly. While we have not been a member for the past couple of years we have still competed at the Uni Games and Uni Snow Games. Part of the USNZ Constitution means that non-members cannot win the shield,” Luff said.

Yes, you read that correctly. Otago is hosting and organising the 2013 USNZ Official Uni Games but are ineligible to win the competition because of an administrative tiff. In fact, this has been the case at the last couple of Uni Games events – a ridiculous situation to say the least.

This year the focus is on the “grass-roots” of the Uni Games. That means keeping the price down and providing an environment in which teams can compete against one another while getting to know students from other Universities and having a good time.

In previous years, organised social functions have overshadowed the actual competition. The social side of Uni Games was becoming extremely expensive to run, and “parties” were often complete duds. The 2013 organising committee is “focused on sport rather than on social events. We are confident that students will have a pretty good time without our help.”

Competitors will pay a $50 entry fee to compete (almost half as much as in previous years) but will have to cover many other costs themselves. Most events will be played at either the Edgar Centre or Logan Park and this year includes badminton, basketball, bowls, cricket, football, handball, hockey, netball, rugby sevens, touch, ultimate (frisbee), and volleyball.

While the University Games are no longer the pinnacle of sporting competition they are a chance to get one up on our tertiary rivals. The Uni Games may not be a stepping-stone to the Olympics, but they are still an opportunity for some stiff competition and to relieve the stress built up over the start of the year. This year is also a great opportunity to take part without having to pay for travel and accommodation costs. The organising committee expects between 600 and 1000 athletes to take part.

OUSA and the organising committee see this year’s games as a new beginning for the event. Luff predicts a few more bumps in the road, but “hopefully students can see the benefit in competing at Uni Games and the participation rate increases over the next couple of years. We hope that Dunedin students make any visiting universities feel welcome and get into supporting Team Otago during the Uni Games events.”

It’s not to late to get involved. If you fancy yourself at one the sports mentioned earlier get hold of the clubs development officer at cdo@ousa.org.nz or 03 479 5964.