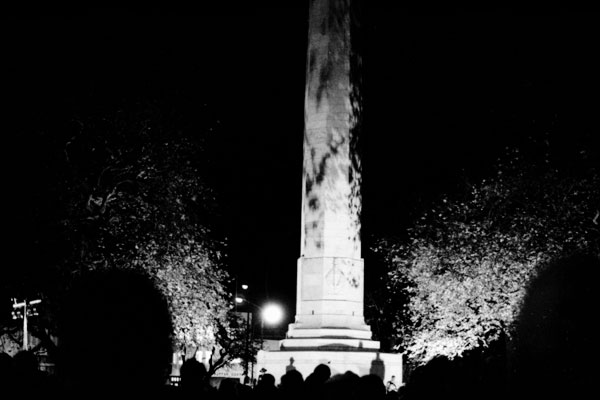 The University of Otago and OUSA will hold its first ANZAC remembrance ceremony this Wednesday April 25, to mark the contribution of University students and others who have fought for New Zealand.

The ceremony will begin at the Memorial Walk outside the Clocktower at 1.30pm and end at the plaque near Leith bridge, which is dedicated to University alumni who fought in the war. OUSA President Logan Edgar told Critic that “we want to highlight the path so when people walk it they can do so with meaning, especially remembering those ANZACs from our own University.”

In previous years the University has not allowed ANZAC events to go ahead due to concerns over how highly students value the ANZAC wartime efforts. This appears to have changed with Vice-Chancellor Harlene Haynes commenting, “I am delighted that OUSA has taken the initiative to organise an ANZAC service on campus and I am honoured that they have asked me to take part. I would warmly invite staff and students to join us for this important event.”

Edgar elaborated on the importance on the service, saying, “It’s about sacrifice, remembrance and hope. That’s something we need to be thankful for, and it’s an honour to hold an ANZAC service on campus.”

However the debate has subsided over whether ANZAC events have the potential to glorify war. Richard Jackson, Deputy Director of the National Centre for Peace and Conflict Studies, based at Otago, has raised questions over whether red poppies should be replaced with white ones. While the red poppy is widely accepted, Jackson argues that it may be open to manipulation which would result in the promotion of militarism and foreign wars. Instead, Jackson suggests, the white poppy would be a more inclusive symbol, and could encompass “a commitment to remember all the victims of war, to tell the truth about war. To work to ensure that no soldier ever has to suffer its horrors again, and to make peace the central value of our culture, instead of militarism.”

Whether attendees wear red poppies or white, they will be welcomed by a piper at the Leith Bridge, where Edgar will begin the service in conjunction with Lisa Pohatu, President of Te Roopu Maori. University Chaplain Greg Hughson will then lead the opening prayer, and Professor Hayne will also share a reading.

During the service there will also be a gun salute, the playing of the Last Post, and one minute’s silence. The service will also include a haka which Edgar said “could be one of the only ones in the country and will add a new flair to ANZAC services.”

Although local dignitaries have been invited to the ceremony, there is a focus on members of the University. Many students, especially medical and dental students, fought for New Zealand during the Gallipoli campaign. Presumably, with first semester exams fast approaching, many Health Science students will start thinking that a bout of gunfire and dysentery doesn’t sound so bad after all.
This article first appeared in Issue 8, 2012.
Posted 5:04pm Sunday 22nd April 2012 by Imogen Whyte.