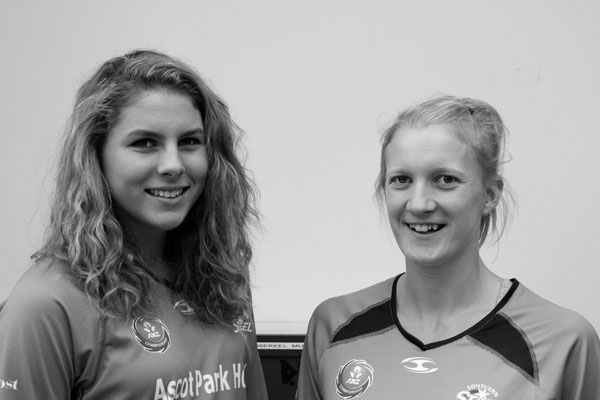 It seems like everyone in Invercargill loves netball. All the grannies and kids used to pack out that stadium (before it fell over), smash those rumble sticks together and have a hell of a time. But does anyone care about netball in Dunedin?

The Southern Steel is our netball team. They compete in the ANZ Cup; a trans-Tasman¸ provincial netball competition that has existed since 2008.

The Steel represents the whole of Otago and Southland. They are an amalgamation of previous franchises the Otago Rebels and the Southern Sting. In previous seasons the they have played most of their games in Invercargill in front of all those shrieking Nanas but this year they are playing three games at Lion Foundation Arena in Dunedin.

The snow damage that Stadium Southland suffered in 2010 has not been fixed yet, which partly explains why the Steel are playing in Dunedin. However, the franchise also really wants to re-unite with its estranged Dunedin fanbase. Dunedin netball fans haven’t had anything to get remotely excited about since Anna Rowberry, Belinda Colling and Adine Harper were donning the blue skirt. Maybe this is the year that Dunedin falls back in love with netball.

The Steel has fallen on hard financial times recently. The grannies just weren’t filling up (temporary home) the Invercargill Velodrome as much as they used to fill up Stadium Southland. This is probably because the Velodrome’s seating layout meant the old dears were at least five metres from the court. Income was down and costs were skyrocketing. Importing talent from around the country meant the Steel’s salary bill had got out of hand. (Where have we heard that before?) The Steel has applied for a bail out from Netball New Zealand and have installed a new CEO to stop the financial bleeding. They have cut costs by almost $100,000 for this season and have focused on young, local talent to sustain the franchise.

No New Zealand team has ever won the ANZ championship. Critic asked Otago students and Steel players Storm Purvis and Shannon Francois what they were doing to change that and how they could make Dunedin people care about the Southern Steel.

Storm Purvis is an 18-year-old ex-Aucklander who does 2nd year P.E. She is a New Zealand age group representative who has been drafted down to the Southern Steel to be the future of the franchise (no pressure then). She is confident about the Steel’s chances this year. “It’s a rebuilding year with new coaches and a lot of new players. We are aiming for the top six but as a team we think we can do better than that.” Purvis is most looking forward to the grudge match against the Canterbury Tactix (worst name in sport), “they’ve always been our biggest rivals.”

Shannon Francois grew up in Motueka, first picking up a netball when she was 7. This year she is juggling her netball commitments with full-time pharmacy study, so she is extremely busy. Francois has been a part of the Silver Ferns training group for the past season and according to Purvis, she’s really one to watch. When Critic asked why students don’t identify with the Southern Steel at all, Francois replied that the Steel is trying to address the problem. “We are trying to get out in the community a lot. We are going to a lot of schools and things like that but we aren’t doing much for students. There are more students in the team now so hopefully our friends will come along.” However, given that Lion Foundation Arena seats 3000 a better strategy than “your mates should come watch” might be needed.

By the time you read this the first round of the ANZ championship will be done. The Steel is playing New Zealand’s toughest team, the Waikato/BOP Magic (they have Irene van Dyk). Dunedin fans get a chance to see the Steel on April 21 when they take on the West Coast Fever at Lion Foundation Arena.

To the casual fan, netball seems to be dying a slow death. Audiences are declining and franchises are living consistently outside their means. But netball administrators are trying desperately to initiate a renaissance in the sport. Though the domestic competitions and trans-Tasman rivalry remain strong enough, international netball has been even more of a two-horse race than ever in recent years. New Zealand beats Australia, Australia beats New Zealand and the refs blow the pea out of the whistle for an hour. The product has become stale and interest is dissolving.

The solution? Fastnet. It’s shorter, they have “power plays”, “two-pointers” and non-alternating centre passes. Many think it’s gimmicky, unimaginative and that they might as well just play basketball (well I think that) but Fastnet is the horse to which netball has hitched its wagon and that’s that. Netball New Zealand desperately wants a piece of the T20/Rugby sevens/party-sports pie, and Fastnet is how they are going to get it. The oldies might not like it but they’ll die soon anyway. It’s the future people, but not as we know it.
This article first appeared in Issue 6, 2012.
Posted 7:07pm Sunday 1st April 2012 by Gus Gawn.