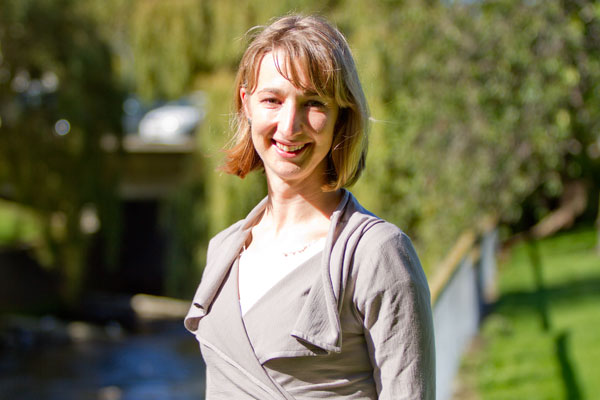 Otago University is getting its green on with the appointment of Hilary Phipps in the role of Environmental Sustainability Co-ordinator.

The creation of this brand-new role was prompted by the recommendations of a Working Party in late 2008 to promote the environmental sustainability of the University of Otago’s campuses. This led to the establishment of the Environmental Sustainability Advisory Committee in 2009, and Phipps’s role in the Property Services Division this year.

The role requires Phipps to work towards creating a sustainable campus. Asked whether a small provincial university at the bottom of the world can really make any difference in preventing climate change and saving lone polar bears on ice floats, Phipps pointed out that “students can be real drivers of change”. As Dunedin is home to over 27,000 students and staff, “we need to ensure our campuses are sustainably and efficiently managed.”

One of Phipps’s main objectives is “to contribute to the development of an Environmental Sustainability Plan that will identify targets for enhancing sustainability across the campus over the coming years.”

Alec Dawson, an Otago student and co-chair of the Otago branch of environmental youth movement Generation Zero, told Critic that the creation of the role was a welcome change at the University. “Otago University has not been the most proactive at greening its campus. The environment you study in has a huge effect on the attitudes of the students. If the sustainability officer can use her role to make changes to the products the University uses, the layout of the campus, and the transport options people choose, then her role could have a huge impact on how students view Otago and the attitudes they take towards sustainability.”

Phipps has started by suggesting that the basics such as “switching off lights, taking the stairs, using less water, using double-sided printing and recycling can go a long way.” There are larger plans to create awareness of where our food, energy and materials come from and Phipps will look at systems in other universities, both nationally and internationally, to see what strategies Otago can adapt on its campus. Phipps also pointed out that “over the medium- to long-term, sustainability initiatives can actually save the University money,” which should really get those in charge of the University’s coffers salivating.
This article first appeared in Issue 6, 2012.
Posted 7:07pm Sunday 1st April 2012 by Bella Macdonald.