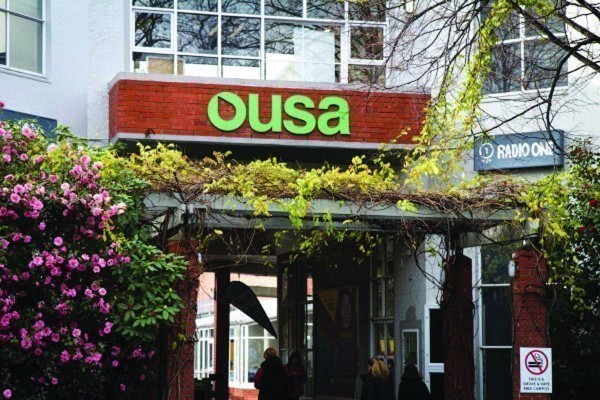 The Student Executive board for OUSA have breached their own accountability policy, according to minutes from the 14 July meeting this year.

All Exec members are required to submit weekly breakdowns of what they’ve been up to, to provide a record of their work and also to prove that they’re doing their job. It hasn’t been happening. Student President Melissa Lama acknowledged that while the weekly reports haven’t been getting done, their quarterly reports and “regular check-ups with all our executive members” are other ways that they've worked to “measure and hold executive members to account for their work and output.”

This breach of policy was received with pure ambivalence by students Critic Te Arohi spoke to. One said that since they didn’t know what the Exec did, they “likely didn’t care about the breach”. Another told us: “I don’t even know who the fuck [the Exec] are.” A student, Alex, actually asked us: “What’s OUSA?”. It seems the internal workings of the organisation meant to govern and represent Otago students actually fly somewhat under the radar of the average student.

Egregious policy breach aside, the most alarming aspect of this investigation was students’ utter lack of awareness of student politics. Despite the fact that OUSA is ostensibly set up “by students and for students,” only one student we interviewed at random actually understood what OUSA was and what it does. This attitude is likely a big reason for the consistently low turnouts to OUSA referenda and elections over the last few years. These events allow students to submit their own proposed changes to the way that their governing body functions. However, with turnout generally hovering at 10-20% of students every year, they can also easily be taken advantage of by a well-organised group of scheming students.

Last year, the Sign Up Club (SUC), effectively a product of meme culture, galvanised enough student votes to force a Special General Meeting. This forced OUSA to consider topics like giving all Sign Up Club members designated parking spots on campus, making all graduation ceremonies include a speech from a SUC member, and requiring all OUSA email signatures to link to their Facebook page. Results only need a turnout (“quorum”) of 100 to be binding on the Exec.

While a strong turnout of SUC members meant they easily met quorum and passed their motions, technicalities in their proposals resulted in OUSA ruling them all as null and void. Still, the SUC situation demonstrated how easily a group of students could take advantage of low-engagement democracy to further their own agendas.

On the 23rd of August, OUSA will host their Annual General Meeting, where new Exec members may be elected and the constitution may change. You can get involved by attending at 1pm in the Main Common Room. Remember: democracy is fragile.