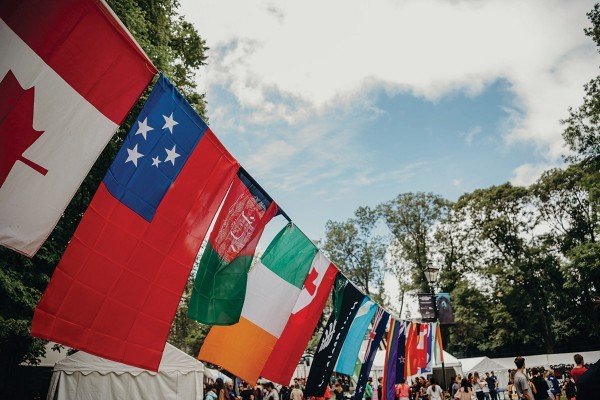 Cheerful pessimism winner at the end of the day

Last week, OUSA Clubs and Socs held a ‘Clubs Week’ celebrating the various oddities and misfits who call Otago home. Housed on the edge of the Link, each club was given 90 minutes to win over the hearts of passers-by heading through campus.

As Critic Te Arohi has reported earlier this year, clubs seem to have been really stitched up. With no real opportunity to promote themselves to students in person, advertising has turned entirely to the internet and other, more niche avenues. Some clubs have even been emailing halls individually, trying to get to the huge number of freshers who have not left the safe, warm comforts of their concrete boxes.

‘Clubs Week’ was Clubs and Socs’ push to flip the switch. The event seemed to be a big win for anyone with a deep and unfulfilled passion, anyone looking for a community, or anyone who simply enjoys berating strangers with their questions. As someone who enjoys berating strangers with their questions, Critic went down to ask different clubs what they thought of the Clubs Week, and how they’ve been doing this semester.

First up was Otago University Tramping Club (OUTC), a stalwart of the club scene in Dunedin and traditionally the largest of Otago’s clubs with usually over 500 members. President Anita told us that getting the word out has been a massive issue: “People aren’t going to look for clubs on the website, it has to be handed to them.” OUTC, she points out, is “lucky” in this regard. “We’re an old club so [we] have good membership through word of mouth, but for smaller clubs it’s a lot harder.”

Justine, from the Otago University Japanese Student Association (OJSA), agreed with that statement, saying “Not having Clubs Day was definitely a big loss for us.” Amy, another member, said that “Low expectations are a must,” probably encapsulating how most of us have faced 2022 so far. “Because of this,” she added, “we’re still happy with how things have turned out.”