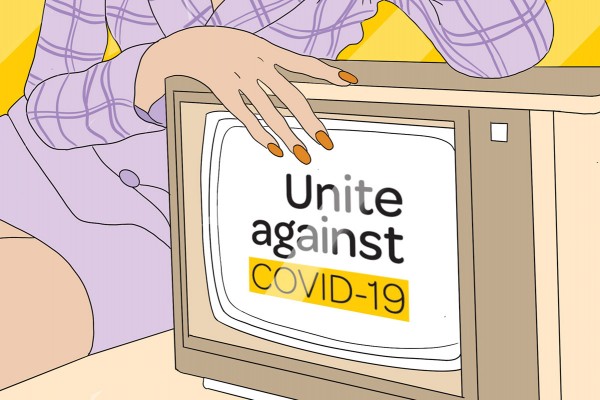 Why Aren’t We There Yet? Understanding Barriers to Getting Aotearoa Vaccinated

The government is putting on the pressure for New Zealanders to get vaccinated. But many people are not vaccinated yet. The reason why is a mix of policy, inequality, and misinformation from friends, family and far-right conspiracy theorists.

Up until recently, we’ve enjoyed relative freedom from both lockdown restrictions and the macabre numbers of cases, hospitalisations, and deaths that come with a widespread outbreak of Covid-19. On Monday last week, the government announced a plan that no longer aims for zero cases of the virus but instead relies on vaccinations to protect our population. Whether or not this is the right direction to take, vaccinations are now our main line of defense against the virus. It is critical that as many of us get vaccinated as possible — and fast.

The Pfizer vaccine, which New Zealand uses, is remarkably safe and reduces transmission of the Delta variant by 65%. In Aotearoa, at the time of writing, just 3% of the cases in our current outbreak were fully vaccinated when they contracted the virus, despite 49% of the eligible population being fully vaccinated. Professor Shaun Hendy tells us that “the best thing we can do now is get vaccinated or encourage our friends and family to do so”. He told the NZ Science Media Centre that the government’s new plan “really does put the responsibility for preventing spread in the hands of the public, so it is vitally important that everyone does their bit.”

So why is half of the country still not fully vaccinated?

Vaccination rates are lowest in young people and in Māori and Pasifika communities. Māori and Pasifika communities have a lower median age than the rest of New Zealand, but even accounting for age there remain disparities in vaccination rates. Dr Rawiri Jansen said in September that these disparities were a result of issues with “access and availability”, and the vaccination rollout was designed with Pākehā in mind.

For some, fears about side-effects meant waiting for a time off before getting vaccinated. Abigail, a student who has an underlying health condition, told Critic that she was nervous about getting the vaccine after hearing about side-effects. She said she planned to “only get them done after exams when I can take a few days off, but I’m still a bit nervous and really have to remind myself it’s for the good [of] NZ as a whole.”

Megan* told Critic her parents were vaccine hesitant when she grew up and she’d seen a lot of anti-vaccine content in her newsfeed, and because of that she had fears in the back of her head about getting her Covid vaccine. Megan said she understood the benefits to her and her community, but put off getting vaccinated until she went with her flatmates to a drive-through vaccine clinic at the Edgar Centre. People like Abigail and Megan are willing to get vaccinated to help protect those around them, they may just need a little more support from those around them.

Finding it hard to trust a broken system

When our country has failed its most vulnerable on so many occasions, it is hardly surprising many distrust any messages coming from the government, including “get vaccinated”.

Inequalities in health outcomes between Māori and non-Māori have been clear for decades. Research, such as the work of Dr Matire Harwood, has found Māori are less likely to receive interventions considered best practice, even when other factors are considered. A parliamentary inquiry last year found Māori receive inequitable access, treatment, and outcomes from our health system.

Our housing crisis is another ingredient in this molotov cocktail of inequality. Many of the cases in the Delta outbreak have been linked to emergency and transitional housing, where living situations are often crowded and self-isolating is not possible. Māori and Pasifika are disproportionately represented in emergency housing. Dr Jansen argues that these communities have been “historically poorly served by health and social sectors.”

Aaron Hendry works with homeless youth, and believes that: “If we treated housing as a human right, we wouldn’t be in this situation. Blaming whānau living in third world conditions, with shared facilities and being unable to isolate misses the bigger issue that is contributing to this problem."

After a woman in a Waitākere police cell tested positive for Covid, it was revealed that 11 of the police staff that had handled her case had not been wearing masks correctly. Through an OIA request, RNZ discovered that police had discouraged staff to get vaccines that were not through their own provider, even when local clinics had spare vaccines to offer at the end of a day.

Stories like these only create further distrust in the institutions enforcing lockdown restrictions, especially when those restrictions are used to justify breaking up legitimate political dissent. Police officers took down protestors’ camps at Pūtiki Bay on Waiheke Island in August, despite protestors claiming they were adhering to all lockdown restrictions. Stuff later reported that the trespass notices given to protestors by police were invalid.

Falling down the rabbithole

Being last in line for the vaccine meant that young people have had more time to be exposed to misinformation online. As Auckland Councillor Efeso Collins has said, disinformation “fills the void of the people who have neglected and distrusted the system for a long time.

There’s no evidence that the main reason people aren’t yet vaccinated is ideological. But anti-vaccine, anti-lockdown Covid conspiracy theorists are loud, organised, and are making headlines daily. Hospitality workers face abuse from disgruntled customers fed up with masks, health clinics in Nelson have received distressing anti-vaccination letters, and a Central Otago tourist attraction received threats of a boycott after it offered free entry to vaccinated members of the public.

Earlier this month, roughly 1000 Aucklanders participated in an anti-lockdown and anti-vaccine protest. The protest was described as “harmful for social cohesion when we need it most” by Professor Michael Baker. Covid restrictions were largely ignored by the crowd and its organisers. The event was organised by the Freedom and Rights Coalition, consisting of a few well-known faces including controversial restaurateur Leo Molloy, Groundswell NZ organiser Scott Bright, City Impact Church founder Peter Mortlock, and Destiny Church ‘Bishop’ Brian Tamaki.

The protest was organised over social media, including platforms like Telegram and Instagram. Telegram is used by many for its encrypted chats and calls and was reportedly the most downloaded app worldwide in January this year. It is also a platform of choice for fringe conspiracy groups. There are dozens of NZ-based conspiratorial Telegram channels. Some are exclusively anti-vaccine groups, while many others host a mix of far-right, white supremacist, and transphobic content along with anti-vaccine, anti-lockdown content.

Within anti-vaccine channels, viewers are flooded with a range of content. There are unrelated bitcoin scams, anonymous ‘quotes’ from ‘whistleblowers’ like nurses in ICU wards, rich elites supposedly giving away their plans, or people sharing news stories about vaccines and encouraging others to spam the comments with anti-vaccine messages. A lot of the content originates from outside of New Zealand. It is reportedly common to purchase fake Telegram followers, with 1000 followers setting you back $5 USD. People entering these channels may believe there are more people on their side then there are.

On these fringe channels, anti-vaccine groups overlap heavily with, and in some cases are run by, white supremacists. Neo-nazi group Action Zealandia has been spreading anti-vaccine disinformation since last year. Far-right QAnon conspiracy theorist Damien De Ment is now one of the most prominent anti-vaccine leaders on Telegram. Claire Deeks, founder of local anti-vaccine group Voices for Freedom, recently promoted a far-right, antisemitic Polish political party for their stance on vaccines.

“People need big explanations for big problems, for big world events,” says cognitive scientist John Cook. The far-right has used that fact to transform healthy concerns about police powers in lockdown into a belief in an emerging ‘New World Order’ with Jacinda at the top.

The messaging from these groups suggests these tactics are being used to specifically target Māori and Pasifika communities. On Damien De Ment’s Telegram channel, he claims that “Polynesians and Maori are being stalked by ‘authorities’” and will frequently tell his followers to “PLEASE SHARE THIS WITH MAORI & PACIFIC ISLANDERS.” Former leader of the New Conservative party, Elliot Ikilei, claimed on Telegram that New Zealand’s first Pasifika MP, Taito Phillip Field, died from the Pfizer vaccine.

You’re unlikely to be seeing content from these Telegram channels unless you are already peering down the rabbithole. Other social media platforms, like Instagram, are a different story. With many people isolated, lonely, and relying on social media for their news and information, social media is a hotbed for misinformation and conspiracy theories. Youtube only banned false Covid-19 vaccine claims last month. The Bureau of Investigative Journalism found Facebook acted too slowly in April to shut down hundreds of Instagram accounts spreading Covid disinformation to sell detox products.

Two of the many influential instagram accounts spreading anti-vaccine and anti-lockdown messages to youth, Youth Nation and Radical Youth, appear to be grassroots efforts but are in fact directly linked to Brian Tamaki’s Destiny Church. These accounts specifically target “Gen Z” to “#LetsGetArrested” and encouraged followers to attend the protest in Auckland.

Occasionally misinformation surrounding vaccines is spread by those in power, which only increases the distrust towards the vaccine. Former Northland MP Matt King was criticised for sharing a video of Covid misinformation in August. Former Prime Minister John Key was called out by Pfizer last month for making “incorrect and baseless” claims about the government’s vaccine purchase agreements.

In Dunedin, councillor Lee Vandervis attended the “Families Freedom Picnic” on October 2 and has been criticised by his colleagues as well as local immunologists for sharing anti-vaccine content on social media, including promoting ivermectin as an alternative treatment. Otago Professor James Ussher described this to the ODT as a “pure conspiracy theory”. Lee Vandervis is the only unvaccinated Dunedin councillor and has said he has doubts about the effectiveness and safety of the vaccine.

Grassroots community efforts that prioritise marginalised groups appear to be the most effective outreach to people that may be vaccine hesitant or anti-vaccine. Various Pasifika communities have held vaccination events in Auckland catered to their communities in recent weeks, all to great success. The youth-led Rally Your Village vaccination drive has vaccinated thousands of young people over the past week. In Dunedin, community health provider Te Kaika, Te Roopū Māori, and Otago’s Pacific Islands Students’ Association collaborated to run a vaccination clinic at the Forsyth Barr stadium that successfully vaccinated thousands of students. Efforts like these are key to our nationwide success.

Reaching out to your friends, whanau, and flatmates with kindness can make a world of difference. Students nervous about the vaccine who spoke to Critic said that having flatmates encourage them to come along and get vaccinated with them helped, as “going alone is scary.”

Experts believe making a connection is more important than a correction. When trying to convince loved ones to get vaccinated, the worst thing you can do is try and win the argument. Listening and trying to understand their concerns, while gently encouraging them to reflect on one or two of their misguided beliefs, is far more effective. Unlearning a belief takes time and mahi, and isn’t likely to happen after one conversation, so we need to be patient and empathetic — don’t try and show that you are trying to ‘convert’ someone, but do try and show that you care.