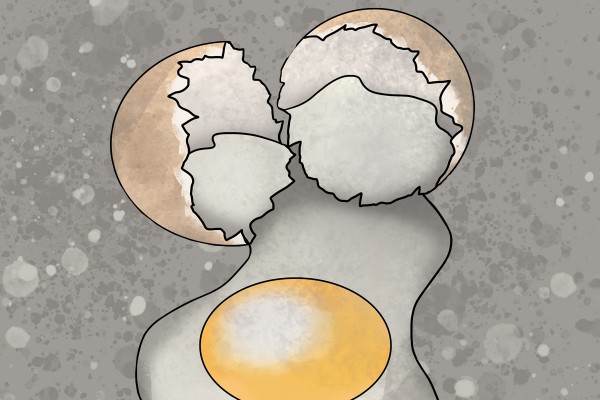 Kitchen staff are a key part of the first-year experience in residential colleges. They dish up mashed potatoes and chicken cordon bleu for hundreds of already-drunk freshers on a Thursday night, and take their dishes from them afterwards. Not many students know what kitchen staff experience once college residents have left the dining room, and what happens behind the counter. Sometimes, it’s not pretty.

Staff working in kitchens at Otago University’s residential colleges are not being paid their legally required breaks. Many staff who spoke to Critic Te Arohi said that for shorter shifts, two to four hours long, they received no breaks, paid or unpaid, and “were expected to work through the entire shift”. For longer shifts, employees told Critic that they received some breaks, but not the minimum required legally.

One student who works in a hall kitchen told Critic Te Arohi that they “did 11 hours of work one day over two separate shifts, and only got 15 minutes of break total. We used to be able to eat during the shift, after all the residents had been served, but they decided that now we have to wait until the end of the shift. I’ve had shifts where I’ve felt sick because I've been so hungry, and I had to sneak to the bathroom and scoff down a bag of chips.”

“There was a point when we did take a ten minute break during our shifts and when our boss found out this was happening they were not impressed and reminded us that we couldn't take a break,” another staff member told Critic Te Arohi. Staff in some residential colleges claim that even when they pointed out their break entitlements to their managers, they would be shut down.

Staff in other colleges said that while they wouldn’t be stopped from going on their breaks, management would often express disappointment or dissatisfaction when they did. The staff said “in order to not get told off, you don’t feel like taking your break.”

On special occasions, like themed dinners or ball nights, the kitchens were even busier and some staff said that they worked shifts of up to eight hours without any breaks on such nights.

Some staff also claim they were not paid overtime after working later than their rostered shift. “We always had to finish by 8pm. Any later, we would not be paid. Which was kinda BS when you did a formal dinner where food service finished at 9pm.” One employee told Critic Te Arohi. Another employee said that when they logged the hours they had actually worked their manager would change their times back to what they were rostered for, despite having to stay later.

James Lindsay, who is the University's Director of Campus and Collegiate Life Services, said that workers in College kitchens "are paid for any additional hours of work they carry out". "We would expect College Food Service Managers would ensure that all staff entitlements are met," he said.

John Crocker, National Secretary of Unite Union, told Critic Te Arohi that “there’s a culture in hospitality of pushing through and helping the team out but there’s an obligation on the employer to provide those breaks. They’re laid out in the legislation, they’re not optional.” He said that staff not being paid overtime was “pretty straightforward wage theft, you’re doing work that you’re not being paid for.”

Many staff also found themselves pressured to take shifts, with rosters regularly changing and most staff being Uni students who had obligations they had previously informed management of. One employee said they were told of a shift “two hours before it started. And I wasn’t meant to be rostered on that day and couldn’t find cover. My boss told me to leave my lab early to go to work.” Other employees said that they “are made to feel like absolute crap if you can't make a shift” and their bosses would get “pretty annoyed” when they weren’t able to cover a coworker's shift at late notice.

There were also issues with employees accessing their pay. Two students said that it took a month for them to first get paid, as their contracts were still being processed. They expressed frustration at how long it took as well as how little the University assisted in the process. Other employees told Critic Te Arohi that the timesheet system used by the residential colleges was confusing and cumbersome. “I had trouble getting a logon and talked to [my manager] about this, and she told me if I didn’t have it sorted within that day I would not be paid, and we get paid fortnightly so going four weeks without pay as a student would have been hard.”

James Lindsay said that the University's timesheet system is "easily accessible for students".

For some staff, Level 4 lockdown only exacerbated these issues. In some colleges, with fewer staff available to work and more dishes as a result of safety procedures, staff felt burnt out. They expressed frustration at a lack of appreciation from the Uni. While the University announced a $400 payment to staff as a thank you for working through lockdown, kitchen staff who spoke to Critic Te Arohi said that as they are casual staff they are ineligible to get this money.

In one residential college, kitchen staff were promised last year that they would receive a bonus for staying through the Level 4 lockdown. They later found out that their ‘bonus’ was free entry to Otago Museum’s Discovery World, a revelation that employees were reportedly “really annoyed” at.

In addition to issues with pay, employees reported toxic work environments and poor treatment by management. “You weren’t really told what was not okay until you did it and got yelled at for doing so,” said one employee. They were treated poorly by management, with some staff picked on or yelled at aggressively and arbitrarily.

“I got yelled at every time I went to work, often by multiple different staff. More senior staff would also say some pretty awful things about other staff behind their backs. One staff member in particular would deliberately embarrass others by making fun of them or shaming them in front of other staff,” one employee told Critic Te Arohi. Another said that “people were chosen as favourites by the boss and the ones who weren’t in that group were treated unfairly. The boss made me cry multiple times due to stress.”

Another employee said that in their first couple of shifts they were called “stupid” and an “idiot” after asking where to put some dishes. Another said that their manager stood over them and berated them “for minor issues or problems that I had no control over — such as someone else calling in sick, or us running out of something like lemon slices.”

Multiple staff members, from various residential colleges run by the University, spoke up about both sexism and sexual harassment occurring within residential college kitchens. Employees talked about senior staff, including chefs and management, making comments on younger female workers' bodies, making inappropriate jokes, and “finding excuses to touch” them.

One staff member complained to management about a chef commenting on the size of her breasts. The issue was never resolved. In some residential colleges, jobs were implicitly divided by sex. One employee claimed that only men were allowed to cut the meat on Sundays, and another claimed that female staff were given cleaning jobs and were told “we would be good at the job because we were women.”

One student talked to Critic Te Arohi about a senior staff member, who allegedly called another worker “f*g” and at a Māori scholarship dinner discussed with a coworker about how some of the students did not “look Māori” due to the lightness of their skin.

Another employee spoke out about a lack of care regarding dietary restrictions. They claim that in 2020 there was a dish with sausages that potentially contained pork, and they were told not to mark the dish as containing pork as it would require cooking a separate halal dish for Muslim students in the residential college who could not eat pork. The employee also claimed that there wasn’t a separate gluten-free fryer and so any chips cooked had traces of gluten, and that they were told not to label these chips as having gluten, potentially endangering celiac students residing at the college.

The employee told Critic Te Arohi that on both these occasions they marked the dishes with the correct dietary labels, despite being told not to.

Staff also expressed despair at the amount of food waste in the halls, which they felt was made worse when in recent years, staff at University-managed residential college kitchens were prohibited from taking excess food back home to their flats, with all food having to be consumed on site or thrown out. Staff “weren't even allowed to take a piece of fruit off premises.”

While some employees brought their concerns to management at their colleges, many others said the management fostered a culture of fear that prevented them from speaking out for fear of retaliation. Employees describe having to gauge the mood of their manager before telling them bad news or expressing a concern, leading to “an atmosphere of walking on eggshells.” Employees also claimed that if you raised a concern it would be spread around to the rest of staff as gossip. “You had to be careful about what you said,” one staff member told Critic Te Arohi, while another claimed their manager “fostered an environment of competition and catching each other out.”

James Lindsay, Director of Campus and Collegiate Life Services at the Uni, stressed that “this is the first time the University has been made aware of any of these general issues relating to employment of kitchen staff.”

He said: “We employ a large number of staff in the Residential College kitchens and while there are specific issues that crop up from time to time, College management have been very good at dealing with these matters with support from the University’s Human Resources division. The University cannot comment on the specific concerns raised without knowing specific details.” He encouraged any employees affected to report their allegations to the University.

Lindsay said the University "takes its responsibilities as an employer extremely seriously and does its best to ensure the workplace experience is optimal for all of our employees, no matter what service they are providing."

Whilst many students said that working in a residential college kitchen was “absolutely not” worth it, several current and former employees told Critic Te Arohi they “really enjoyed” working in a residential college kitchen. Some employees experienced no issues during their time working in kitchens, and found management to be personable and helpful. Others experienced issues with management and pay, but believed that the friendships they made with some of their coworkers made it worth it, telling Critic “that's the reason I stayed so long, the friends and family I made along the way.”

One former employee said they “learnt some really cool skills like how to cure hams, make cheese, and brew beer — everything there was made from scratch. As a student at the time, a major bonus for me was getting a meal for every meal worked.”

These issues may not be present in every University-managed residential college kitchen, but the number of staff who spoke to Critic Te Arohi, and the range of colleges they worked at, suggest these issues are widespread.

Updated 23 September to include more detail on the University's response to these allegations and correct a quote from James Lindsay, Director of Campus and Collegiate Life Services.