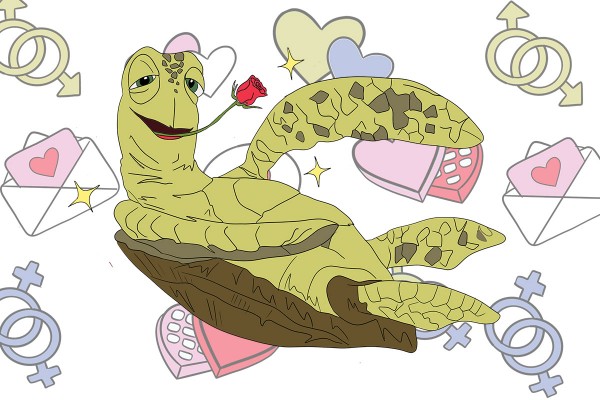 Sexual Awakenings and The On-Screen Characters That Inspired Them

Embarrassing to some, enlightening to many, the moment of sexual awakening is an almost universal experience. For many of us, our first crush was from a show or a film, and often defied logic in every way. Some people were turned on by turtles. Some by women old enough to be their mum. Critic collected a handful of sexual awakenings from students, and here are a few of the best.

I’m pretty sure everyone can agree on this one, right? Little Simba definitely had me feeling a certain type of way, and watching him grow up was like ‘oof, yeah, okay, I’m into that.’ I didn’t know what it was at the time, but looking back on it, that was definitely an eye-opener. I’ve heard that the same is true for guys, though? Like, apparently Nala was super sexy? I don’t really know how I feel about the whole animals thing, but I was also excited by the blonde Angry Beaver so, hey. I guess I have a thing for hairy guys.

Not the cartoon, the live version. The one with Jeremy Sumpter. Mmm, yeah, that’s the one. He was my biggest crush as a kid, I loved him so much. My parents just kept the VCR in the TV because I watched it so often. But I would skip any scenes that didn’t have him in it. He was my prince, and I was totally going to marry him when I was older, and I made sure everyone knew about it. I didn’t know what I meant by ‘marry him’ as a kid, but I can see now that I actually meant ‘fuck him’. Never met the guy, in the end. But I still would.

Both Guys from Treasure Planet

Look, I didn’t know what a spit-roast was, but now I do, and I think this movie put the idea in my head. They were both just so hot, y’know? I couldn’t choose. I remember watching it at a sleepover and everyone was, like, deathly silent. We were all thinking the same thing. Someone said ‘okay, he’s kinda hot, right?’ and we all thought she was talking about one dude or the other dude but in the end, we all agreed that we should just have both. And that’s how a group of 14-year-olds all decided an animated threesome was the way to go. Don’t judge — the mind of a child is a beautiful thing.

God, okay, this is embarrassing. He was my first Daddy. I just loved him so much. I think my taste in men actually still stems from that one character. I cannot tell you how many surfer boys I’ve gone home with, and secretly pretended I was getting railed by that dad-bod of a turtle. I used to have crushes on boys based entirely on how much they spoke like him. I don’t know what about him made me so horny as a kid, but I just latched onto it. Not the kid, the dad turtle. I forget his name though. Doesn’t matter. That’s the one.

The Simpsons and Scooby Doo

I didn't really watch any cartoons growing up but the Simpson's episode where Ms. Krabappel is lonely and gets hot was probably my sexual awakening as a kid, and that episode where her and Principal Skinner hook up in the closet was constantly on reruns so that really reinforced it for me. Live action Velma in the Scooby Doo Movie also totally did it for me.

I absolutely had a crush on Tim from Hi-5 when I was like six. Could not tell you why, I think it was mainly because I watched Hi-5 every day before school and he was way better than the gross six-year-olds boys at school. Also he could sing and dance, which is hot to this day. They definitely styled him to look like an early 2000s boy band member with blonde highlights and floppy hair, so I think the producers of Hi-5 were definitely trying to instill that pop-music idea of attractiveness in young kids. Kinda fucked up, really.