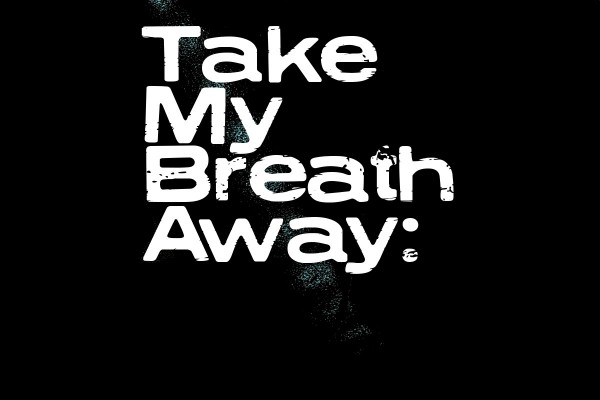 Take My Breath Away: The normalisation of choking during sex

Marie’s* boyfriend didn’t ask before choking her during sex. She was 18 at the time. “Looking back that was a red flag,” she said. “At the time I went along with it and he kept doing it [whenever they had sex] so I thought, huh, this must be normal. I didn’t really think about whether I liked it.” She’s now realised she’s “not into it” and “I make that clear before having sex,” she said.

Cara* met up with someone on Tinder and was surprised when they reached for her neck. She went along with it because she wanted to “experiment”, but found it scary. “For me it was just like ‘what the fuck, we never discussed this.’ Mainly the consent was the issue,” she said.

Francine* enjoys being choked but has only recently started having open conversations with her partners about safety. “Sometimes it makes me uncomfortable, or it hurts, or my throat is more sensitive and I had no way to communicate that,” she said. “It isn’t until now, that I’m older, that I’ve really started having conversations about it and feeling like well if we’re gonna do this I need a way to say no.”

These three women are unlikely to be alone in their experiences of being choked without having a conversation about it first. All three of them expressed that choking was within the normal reaches of sexual behaviour. “A lot of people like being choked, I think. We’re in an environment where it is normalised, even through things like memes on Facebook,” Francine said.

Anecdotally, choking is common, but we can’t know how common in New Zealand because no one’s studied it yet. There is data from the US, though. Debby Herbenick studied 5000 American undergrad students and, in a study published this year, found that 26.5% of cis women respondents and 22.3% of transgender and non-binary respondents had been choked during their most recent sexual encounter. Another study published this year by Herbenick shows that in the same group of undergraduate students, choking was the most common descriptor of rough sex, with 77% of students selecting it when asked to define rough sex.

“I wouldn’t say it’s starting to be normalised. It is normalised based on the feedback we’re getting from young people. And it’s being increasingly practiced,” she said.

Dee Morgan is a counsellor who works within the queer community at her practice, QPK Counselling, and is a member of Auckland’s kink community. She said there are no safe ways to choke someone.

“There are ways to mitigate but there's always risk,” they said. “The person you're engaging with may have a health issue that they haven't disclosed or they don't even know about. There's a huge risk for the person who's being choked particularly, because they're not able to say hey, I need you to stop because they can't breathe. There's also a risk there for the person doing the choking because if things go very wrong, they are comprehensively fucked.”

She gives the example that, with something like bondage, you have a spectrum of less intense experiences (like being tied up with a silk scarf) to more intense (like being hog-tied). Choking is different, they said, because “when things go wrong they can go really, really wrong.” “With choking it’s going from ‘everything is fine and very hot’, to ‘this person has a heart attack or they've got brain damage, or they fucking died,’” Dee said.

Nikki mentioned that in conversations with Police and Corrections, they’ve found that “often the very first conversation a young person has about choking being dangerous, or not being okay without 100% enthusiastic consent, is after they're in the system and on the way to getting a criminal conviction.”

Nikki noted that even in terms of education, the situation is “really tricky”. “At the moment we are in quite a precarious time, in terms of risk, with the normalization of choking amongst young people, and the lack of knowledge or resources on the potential harms.”

There is an inherent risk to being choked, but that’s not the only thing we need better education on. Educators in consent, such as teachers at high schools, for the most part are unaware that choking is happening and how common it is. Nikki said that leads to problems with the way we educate people about consent as a binary ‘yes’ or ‘no’.

She said that this binary doesn’t work when it comes to “diverse sexual behaviours”, which include things like rough sex and choking. She believes that education around consent needs to focus on consent as an evolving, dynamic concept.

“We need to expand the narrative around consent to include consent throughout sex, the ability to withdraw consent, where nonverbal consent counts, where coercion is never an okay precursor to consent, and where consent is not just not saying ‘no’,” she said. They’ve found that, with the high schoolers interviewed by the Light Project, many of them say they didn’t know they could say ‘no’ halfway through having sex. “Somehow consent has been reduced to the lowest common denominator which is not saying ‘no’.”

Cara said she reckons the problem with her Tinder match was “communication”. “I don’t think he was trying to do anything dangerous. I think he didn’t know how to talk to me about what he wanted,” she said. “If people are into choking that’s all good, but there needs to be a lot of communication about it, a lot of warning. You can’t just do it and hope the other person is okay with it. It was scary.” She said that because she couldn’t talk due to the choking, she had to move her hands around a lot until he got the message and stopped.

“I literally don’t know where he got the idea that it was okay to choke someone without talking about it first,” she said.

Dee also emphasised consent, particularly in the context of choking. “The thing with choking or with breath-play more broadly, I would say it's consent every time, not a ‘well, you know, we fucked yesterday and you consented then,’” they said.

She shared her own experience of being choked by someone who hadn’t discussed it with them first. It was someone “who I would anticipate knowing better, who are well involved in the kink scene and know all about consent. I had enough trust that I could say no,” she said. “I still had that moment of oh my God, I can't believe you even did this.”

If you’re going to choke someone anyway, Dee has some advice. “Always, always get consent and recognize that even if consent is given, that can change. If you both agree to it and the person engaging in it starts to change their mind, stop.”