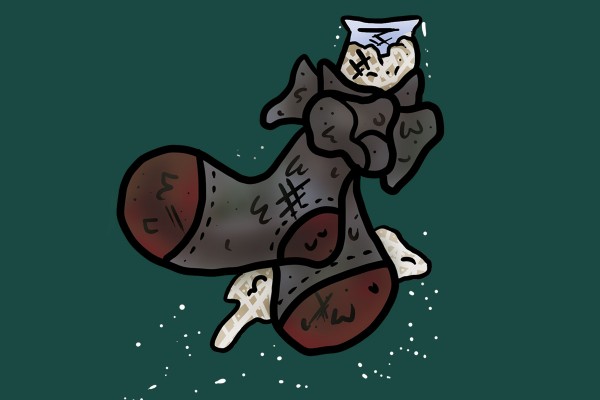 The One Who Didn’t Get Away: Talking about drugs with a drug dealer who got caught

Daniel* was in his third year at the University of Otago, studying computer science, when the police came to his flat to search for drugs. “By the time the police actually came to search my house, I expected it,” he said. “I did care whether I was being investigated, but I didn’t care enough to actively change my ways.”

For most of 2018 and 2019, Daniel had been importing increasingly large quantities of MDMA from the dark web. When the police showed up at his flat, he went with them willingly and was charged with importing MDMA into New Zealand.

“I told [the police] everything,” he said. “I probably slightly underestimated the amount that I’d imported. I didn’t actually know how much it was, I wasn’t keeping track like a business or anything, it was all very sporadic.”

He was convicted in 2019 and served a sentence of home detention and community work. He told Critic the story of why he started importing drugs, how he got busted, and what going through the court system was like. Daniel’s story is part of a recurring pattern. Every few years since around 2010, a student in Dunedin gets convicted for importing drugs from the dark web.

Daniel said that “what’s important is that I never liked authority and I still don’t,” he said. Beyond that, there was nothing that made him “predisposed” to go down a path of drug dealing. He said he “got into party culture” in second year and started drinking regularly. He thinks the influence of party culture, while he was “fairly insecure”, meant that he “really chased social approval”.

The “key event” was when he met a small-time drug dealer while living on Hyde Street. They became close friends. Daniel described him as “one of the nicest people I ever met at uni”.

“He challenged all my preconceived ideas of what a drug dealer is. So when I thought about all the dogma that I’ve seen before, about recreational drug usage and dealing, it seemed completely false,” said Daniel.

“All the authority figures who have been preaching this narrative to me over and over and over again in my life, they have no idea what they’re talking about,” he said. “As I looked further and further into drug harm research and neuroscience, I thought none of this really makes any sense. This is all topsy-turvy and the narrative is completely wrong.”

“I didn’t really care whether it was okay or not. Nothing was more important to me than socialising.”

With the small time drug dealer’s guidance, he decided to import some MDMA. “I didn’t have anything to do with other drug dealers. I didn’t want to work for anyone else,” he said. “I went straight to the dark web and imported MDMA.” He started small, with amounts of 1-2 grams.

“I’d use drop addresses and random houses that I could find that were empty, fake names, that kinda gig,” Daniel said. “I was incredibly, incredibly cautious at first.” He only sold to his friends, and “used quite a lot of it as well”.

“You don’t know what you’re doing for a start but it very quickly becomes commonplace,” he said. “Drug usage was normalised to me through the people I was around, so it wasn't something I even thought about that much.”

He imported throughout 2018 without trouble. He reckoned that the small amounts he was importing meant that the police would not bother to investigate him. Then, things got tough in his personal life and importing drugs became part of a self-destructive streak.

“I had a few family situations that came along that really stuck a spanner in the works psychologically,” he said. “I was in a bad place, I wasn’t thinking clearly, I had no vision for the future, wasn’t enjoying what I was doing at university.” He started to drink heavily, which resulted in memory problems that made uni more difficult.

“I became more slack, more relaxed,” he said. “I cared less about being caught. I think you could say there was some kind of psychological thing where I believed that I was a bad person and I deserved to be caught.”

He knew that packages were being intercepted by customs because they wouldn’t show up, which made him “frustrated”. He started to import more and more MDMA, moving to ten grams, and finishing up with imports around 25–30 grams. Then, as he moved flats, he began to import to his own address. Finally, he was using his real name to import as well.

“The real kicker, [is] that I can look back and know I was being self-destructive, and I wasn’t just being an idiot. I started mixing in Class A drugs as well,” he said. As well as MDMA, he started to import “ketamine, LSD, 2CB, small amounts of cocaine,” he said. “Only like 2 grams of cocaine,” he clarified, “but lots of the other things.” He never got charged for importing Class A drugs because of his co-operation with the police.

Daniel only started importing Class A drugs well into 2019, when he was aware his packages of MDMA had been intercepted at Customs.

But he’s not optimistic that drug policy will change. “The world is slow to change,” he said. “There will be other kids like me. Who have only heard drugs are bad, and then go oh it’s actually really common. They might get into it, lose money, mess up their neurochemistry, possibly kill themselves with cathinones or fentanyl. And it could be avoided.”