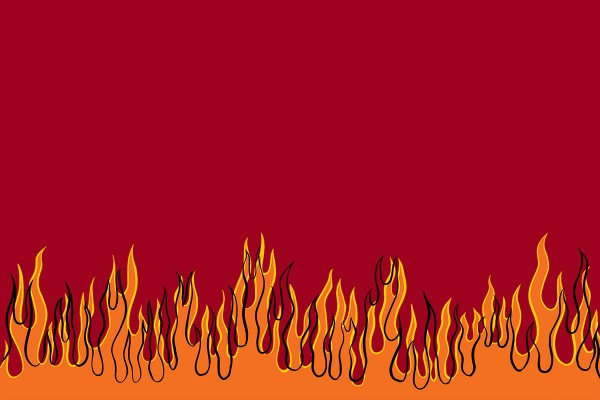 The exploitation, degradation and misinformation in student hospitality

Getting a part-time hospitality job is like being a first year in a hall. Not all do it, but for most people it is an inevitable and expected part of the University experience. From the outside, casual waitressing, bartending, cleaning, and serving, all seem like perfect, simple side-hustles to our 40-hour study weeks. However, Dunedin has a nefarious underbelly of seedy hospo employers, little job security, harassment, abuse of power and just other general shitty things that employers seem to think they can get away with.

Well, to all those exploitative, scummy, money hungry employers, your time is up.

While at Otago Uni, Josie* worked in a hotel for well over a year. During this time, the job became “a part of my identity. My co-workers were my friends and I enjoyed my job - the late nights, rude customers, and all.” Despite how ingrained the job had become to her life, she said she was “driven to resignation” not because she was suddenly financially stable or didn’t want the job, but because her workplace had “become toxic” by a change of management. She described one new manager as being “egotistical and manipulative”. Being a more senior staff member, she challenged some decisions that were being made, and suddenly found her once-stable hours were now lacking. Still, she stayed.

It wasn’t until she was denied a pay rise “despite being a committed, valuable, qualified employee who had been loyal to the company for well over a year,” she said, that she knew enough was enough. She believes she was denied not for her performance, but because of his “personal dislike” of Josie, which she believed was “blatantly obvious through repetitive comments, lack of hours and messages to other staff members”.

She asked herself what anyone else would - do I tolerate it, or leave? “At the time I was too scared and anxious to take it to senior management,” she said. She couldn’t imagine they would take her word over her older, male manager, particularly as she was only a student and this was his full-time job. “I lied,” she said, “I told them I couldn’t balance the job with university anymore. I didn’t say the real reasons.” Josie said this remains one of the “biggest regrets” of her life.

The relationship between employer and employee is one which, at a surface level seems simple and straightforward. But beneath the surface it is often riddled with tension, the desire to please, and the silent hierarchy of who is above the other. Hospo takes these dynamics but puts them on crack. As a low level employee, you are at the bottom of the food chain. You get given the worst jobs and the most inconvenient shifts. The harassment you are subject to by customers is always above your pay grade.

Much like Josie, plenty of students turn to working in hospitality because it seems like the easiest, most flexible option. But the problem is, when students begin working in hospitality jobs, it is common for employers to sometimes take advantage of the perceived naivety and low confidence possessed when starting such a position. Why? Because they know students need these jobs to get by and maintain financial security. Being aware of this necessity, and to a degree, desperation, employers can get away with almost anything when it comes to young people.

Pat*, who was a cleaner for five years in total, also described feeling pushed out of her job. A Dunedin local, she started work while still in high school, and was “stoked” that they kept her on as a university student. “I didn’t know how employment law worked, or how they couldn’t just fire me for being a university student.” She claimed that her workplace had gone through several students and her manager, also a family friend, often spoke about how unreliable and untrustworthy students were as employees. She said her two cleaning shifts had always been on the weekend, but once she began university, she requested to move her shifts to the weekday, now that she didn’t have to go to high school and had more free time. “I remember my manager implied that I was being selfish. She seemed genuinely confused about why I wanted to keep work and study for the weekdays and have weekends off. She kept telling me how if I stopped working weekends, I would be forcing someone else to work weekends and not be able to see their kids.”

“I ended up sticking to weekends for the next three years. She eventually convinced me to move to weekend night shifts, so that other workers with families could be home with their kids. I did every Friday and Saturday night for two years.” Pat said that she was made to feel disposable, and “never dared” to complain. Before there was a $50 increase to Living Loan payments, she was left with $20 a week for food after rent and bills. “I missed out on 21sts, 50ths, hanging out with friends on the weekends. I felt trapped. I’d met this woman when I was a literal child and felt like I couldn’t say no to her.”

Pat added, “semi-often, like once, maybe twice a month, someone would bail on an 8-hour morning shift and I was told that I legally had to stay at work, because it was company policy for two employees to be on shift at any one time. We were incredibly understaffed so I would always have to do the 16-hour shift, too. I could never convince someone at 6am to come into work, shockingly.”

She eventually left when eight months had passed since the minimum wage had been increased, and they still hadn’t been given a pay rise. “I finally opened up to my co-workers about how fucked everything was, and realised that we had all just been suffering in silence, and were all being guilted into working overtime. I was super mentally unwell at this point from all of the stress that I never pursued the back pay I was owed. I was just happy to get out.”

Chloe, a bartender, said she was desperate for a job after her first year. “I had my interview, got given the contract and started the next day,” she said. But within a short amount of time, Chloe began to experience the same story which is true to many others. While juggling full time study, she was working 20 hours a week. She asked for and was denied fewer hours. The shifts became understaffed and stressful, due to the roster being looked at from a financial standpoint. When it got too much for some, resulting in emotional upset, management failed to empathize. After being there for a year and considered a senior staff member, meaning more work and responsibility, she finally plucked up the courage to ask for a pay rise. This was denied. Chloe said being denied the request showed how little her time and effort was valued by the business. She felt “exploited and completely taken advantage of” by a business who didn’t value her as much as she valued it. Although she considered resignation, she decided against it. She was too reliant on the financial stability it provided, and it was a risk she couldn’t take, despite the working conditions.

Another former waitress, Anna, experienced something far too similar, but was not paid a dime for her work. After working at a restaurant for a brief period of time, she was forced out. They employed her on the basis of a “paid trial” to see if she was right for the position. However, when it came time to pay for her time, they refused. She contacted the company asking for her pay, but they soon blocked her. She eventually had to take them to court. “I was scared. Working in Dunedin, in this industry, everyone knows everyone and it could potentially harm future jobs,” she said. She didn’t receive the full amount she believed she deserved, but was happy that the employer didn’t get away with it.

Anna said that despite working a variety of hospitality jobs, this was the first time she had stood up for herself. It was her familiarity with hospitality that gave her the courage to do so - therein lies how so many students get taken advantage of. Almost every student Critic spoke to began their hospitality job in their first year, and was often the first job they’d had. Young people often aren’t aware of their basic employment rights. Even though your employer or manager is “above you,” said Anna, it doesn’t give them an excuse to be a dick on a power trip. “You are at the bottom of the food chain, you don’t want to piss them off or screw them over.”

Yet, the exploitative saga continues. Another student, Bekah faced the same problems working in hospo. She worked a kitchen hand job over one summer in order to make some extra cash. But from day one, it was sketchy. She was never put on a contract, but was still getting paid. This is very much illegal. Although she was getting paid, this still led to confusion and instability, especially when she injured herself on shift. Because she was not put on a contract this meant the employer wasn’t liable to help cover medical costs and claiming ACC was a difficult task. Not only this, but she was never issued breaks nor received any proper training. “They just throw you in there,” she explained. People who couldn’t keep up were fired, she said.

The problem is, these employers are still getting away with this irresponsible and oftentimes illegal behaviour. So, when is enough enough? How can it be stopped?

“It’s going to take a mountain, to stop this exploitation,” Chloe says. “If employees walk out on someone that might make it change.”