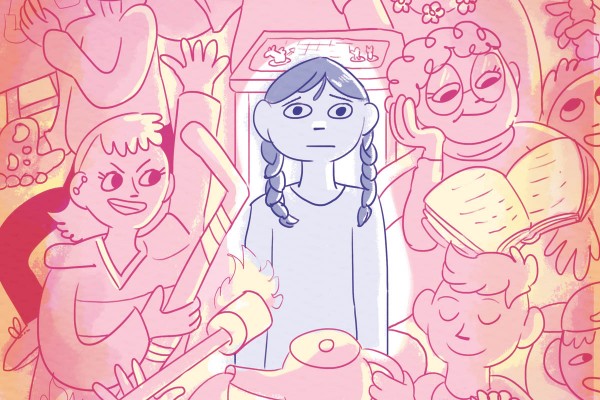 Sexual Assault in OUSA Clubs: Creating a Safe Space For All?

We all know that university is more than just a classroom. It’s about the skills you learn, the opportunities you take, and how much you get baked. For many students, OUSA clubs are where they make lifelong connections. But what if the space where you make friends, gain opportunities and learn skills, is the same place you meet you’re abused

In 2017, three people in the same OUSA affiliated club were sexually assaulted by a fellow club member. Two of them spoke with Critic about how their club responded and how their club should do better.

Jessica* was sexually assaulted by a fellow club member while at a tournament. Weeks later, facing another tournament with her alleged perpetrator, she finally told two club leaders. They promised to arrange a mediation that same week, which she said never happened.

Jessica’s club leaders “kept saying ‘it’s really hard, but we’ll find a way to do it’”. One of these leaders was David*. Jessica says that “at no point did [David] say I should go through the University at home or to the equity team at that [tournament] [for support].”

Although to Jessica, their efforts “did feel like […] good faith”, over time it “felt like excuse-making. Especially the way it got dropped after the tournament. It felt like saying yes to me was a part of being nice to everyone.”

During the tournament, Jessica felt isolated and unsafe, and considered ending her own life. “I couldn’t afford to just fly home,” she said. “It was horrific and [David] knew that. He saw the state I was in. I believed him when he said they’d find a way to have a conversation about this.”

For the next few months, both executive members allegedly continued to try to make a mediation happen, but the alleged perpetrator was too busy or did not find the time. Eventually, Jessica stopped asking.

At the end of that year, despite the club executive knowing the accusation, the alleged perpetrator won an award for his social contributions to the club - an award Jessica had previously received. She asked for her name to be removed from the list of former recipients.

In 2019, David is still a leader of the club. When Critic requested comment, the club that said no current executive member “was ever aware of the specific nature of the concern,” however from the details of Critic’s request, could “infer [...] who the person is [and] against whom the allegation is made.”

After requesting comment from the club, Critic received an anonymous message from a member which said that Jessica had been suspended from the club, that there may be bad blood against David, and there is “a real risk that accusations printed may be false”. However, two more club members have since come forward to Critic saying they also had been assaulted by a fellow club member. One of them shared their story with us.

Lucy* was also sexually assaulted in 2017. Although she never formally complained to the exec, several of her friends were executive members, so “knew, but no one really did anything”. Although she said she doesn’t blame them, she did think there is “a culture of [sexual misconduct]” in her club.

“It’s such a close-knit club,” she said, “you still [compete with them in tournaments] and get seated next to them at BYOs, so you don’t get much of a break unless you actually leave the club.”

Lucy wished that her club had more “hard and fast rules” about removing members from the club, because “they don’t”. “The exec hates kicking people out [...] so it never comes to that.”

Another reason why she did not ask for any action to be taken against her alleged perpetrator is because she considered the equity process “pointless” in the case of sexual assault. “It’s just mediation and there’s not much you can say […] so a lot of people chose not to do anything about it, simply because of lack of options.”

Since then, the club told Critic they “formalised an existing equity policy designed to maintain [the club] as a safe and welcoming environment”.

Lucy showed Critic the internal policy that states the club will, where possible, mediate a conversation between the survivor and alleged perpetrator - just like the mediation Jessica asked for.

In both cases, neither student wanted to escalate outside of the club. The consensus from OUSA student support, the clubs development officer, and a spokeswoman from Te Whare Tāwharau, the University’s Sexual Violence Prevention Centre, is that club leaders who don’t have any expertise or experience in dealing with sexual violence should not be taking this on alone.

According to Sarah Taylor (the go-to person for all OUSA affiliated clubs), OUSA expects club leaders to offer support to the best of their abilities and reach out to appropriate support services. Hahna Briggs of OUSA Student Support suggests that club leaders seek professional development opportunities ranging from supporting survivors of sexual violence, to queer awareness and suicide prevention training. Briggs believes that all clubs should have discussions about how to deal with complaints of this nature, and perhaps constitutionalise this process. She suggests first letting survivors know that the club will seek anonymous advice, and then do so from services such as Te Whare Tāwharau, Rape Crisis Dunedin and OUSA Student Support.

Melanie Beres of Te Whare Tāwharau told Critic that they are a confidential service, and that reporting sexual violence to them is not the same as reporting to the University. They understand that survivors often do not wish to take formal action, but for those who do want to go further, Te Whare Tāwharau can help.

Confronting sexual violence on campus in 2019:

The aftermath of #metoo and recent coverage of sexual violence at halls of residences has made others begin to question the status quo of spaces in which they expect to feel safe. Neither Jessica nor Lucy wanted to escalate their experiences outside their clubs for fear of being disruptive and dramatic, or being excluded from their tight-knit group.

Jessica felt that ever since she spoke out, she has been treated differently. “I felt like my opportunities dried up. I felt like I was being punished,” she said. “No matter how much people pretended to be friends, it felt like they just wanted me to shut up and go away.”

Years later, the club are now seeking help from OUSA and Te Whare Tāwharau to construct policies surrounding issues like these, and recommend other societies to do the same.

Kayli Taylor and Tanya Findlater of Thursdays in Black Otago also hope to see all clubs and societies create these policies. They said that while clubs may not shoulder the same duty of care to students as the University and OUSA, being leaders that students look up to means fronting up when you are in over your head, and asking for help. “Just like there is a responsibility at a wine and cheese, or when taking students on a trip away, there should be a code of conduct that gets followed.”

Club leaders don’t need to be professionals in responding to sexual violence. But when it comes to handling sexual violence between club members - between friends - it isn’t black and white. Tanya said, “we need each other to get people to the experts. We know that people don’t just seek support on their own.”

Lucy agrees. Although club leaders are often young volunteers, they have stepped up to become leaders, and there is some responsibility that comes along with that. She said, “If the club doesn’t deal with it, no one will. [Survivors] aren’t going to the police or the University, no one wants to go through that. You probably are going to take it to that club of which both of you will be members of.”

Realistically, this could be happening in any club on any campus. Chances are, even if it doesn’t happen to your club exec this year, it could happen in the future. We should all be ready to look out for our mates.