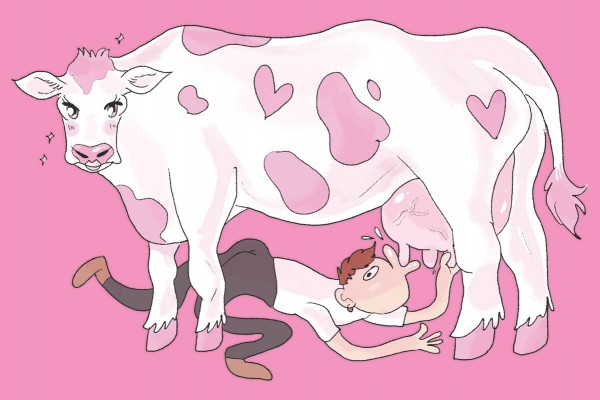 Critic Reviews North Dunedin’s Milkshakes and Only Throws Up Once

All the milkshakes will be Spearmint because get the fuck off my back, Spearmint’s great. Your life has been exclusively missionary sex and Chocolate milkshakes, with Strawberry on special occasions. Branch out, give some meaning to your pointless bland existence; fuck doggy and drink Spearmint.

I discounted every cafe and restaurant on the grounds that any milkshake presented in something not resembling a Longest Drink in Town cup is not a true milkshake. Also, Critic’s not made of fucking money.

I was also going to review exclusively milkshakes, as a good leveller, and leave the thickshake alone, but that fell apart pretty quickly.

First off the bat, every single dairy in this review is on George Street. What gives the George Street Dairy the right to claim the name? Seems presumptuous to me.

Interestingly, the George Street Dairy didn’t have the usual thickshake/milkshake option, offering exclusively a “Thick Milk Shake”. I’m pretty sure this is just a thickshake, but was prepared to ignore it for the purposes of the review.

Initial tasting notes were positive; adequate foam, a good nose, and creamy mouthfeel. But as I swilled the thickness around my gums, I couldn’t detect the clean hit of Spearmint I craved; the shake just tasted like sad French Vanilla ice cream. Either they forgot to put the flavouring in, or they put in so little as to be overpowered by fucking French Vanilla, the flavour equivalent of low-alcohol beer.

Apart from the fact that I was drinking vanilla ice cream and milk someone put in a blender, it wasn’t a bad time. However I did drink it too fast and felt a little sick, a portent of things to come.

My next stop was Night ‘n Day Octagon, the staple of the first drunken post-club feed (the second being the other Night ‘n Day).

I immediately ran into problems. I asked for a milkshake but the person behind the counter asked if I wanted ice cream. My automatic response when anyone asks me “Do you want ice cream with that” is a simple and enthusiastic “yes”. Unfortunately, I hadn’t remembered that a milkshake with ice cream in it is something else entirely - a thickshake.

I had planned on reviewing exclusively milkshakes, so my scientific integrity had already fallen apart. But you know what, this isn’t the Year 6 Science Fair. The scientific method caused climate change, invented the atomic bomb, and pretty much created Tik Tok. Fuck the scientific method.

The best thing about the Night ‘n Day shake was the powerful, tangible taste of Spearmint, combined with a chilling temperature that gave me brain freeze.

But the ice cream might have been a mistake for my already milky tum. They’d used soft serve instead of actual ice cream, meaning that the consistency was fucking thick - so thicc that my puny little lips had to work to succ the viscous ooze through the straw.

All in all, a solid shake for the working man.

Having just downed two milkshakes in the space of twenty minutes, I thought I might as well hit rock bottom, so I went to New World, bought a “Sublime Lime” Primo, shook it up a bunch and then went into the carpark and skulled it.

At first, I thought that instead of drinking it, I had actually just vommed my first two shakes back into the bottle. But no, liquid was indeed going into my mouth not out of it.

The only good point was that it did taste strongly of “Green”, which was the colour of the bottle. Commendable.

I then crawled back to the Critic office, my pores leaking green milk, on the verge of lactating emerald cream. An angry calf grown strong on bovine tittie liquid was trying to birth its big soft head out through my oesophagus and was honestly doing a pretty good job. I went and had a tactical vom in the bathroom.

The Primo was actually much nicer on the way up than on the way down.

I lay in a lactose coma for the next few hours and daydreamed about going vegan and freeing the cows from their slavery.

Rob Roy was my next target. I’d originally planned on doing them first, but it was a nice day and the line was longer than Pint Night. So like a Ted Bundy wannabe, I came back after dark, when it had gotten cold again and surely no one would care about frozen snacks. Even then, I still had to wait for twenty minutes.

Blessed be, they had a small option, which was exactly what I needed.

It was just really fucking good. Even though it didn’t have the ice cream of a thick shake, it was still the perfect consistency and didn’t feel like flavoured milk. The Spearmint was perfect balanced, feeling neither overpowering nor underwhelming.

This milkshake was a delight to drink.

My last stop, Willowbank, felt like crossing a mighty ridge triumphant. All the milkshake I had still to drink lay before me in my hand. I was powerful, I could do this.

I can’t really remember how it tasted. I just remember slurping the whole thing up really quick. Maybe it was a bit too milky? Honestly, who cares. I didn’t throw up again, and I’m counting that as a win.