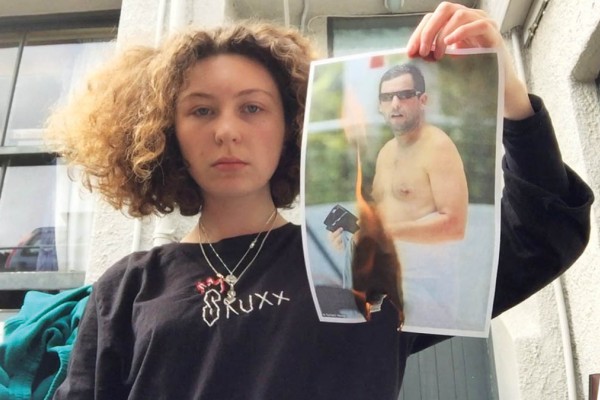 Adam Sandler is the Karl Marx of our Generation: A Critical Analysis

18 films. Two psychoanalyses. One terrible comedy album. We have now reached the end of our time here at Mr. Sandler, Bring Me a Dream. What a journey we have been on together. To be honest, there was a period in which I didn’t even know if I would be writing this. But here we are.

For real, I don’t really know what I expected to come from this column, or even why I decided to do this in the first place. Apart from having people yell “ADAM SANDLER GIRL” at me in the street, to overhearing people talk about how dumb this column is in the line of Dispensary, I don’t really know what my mixed methods research aimed to achieve. All that has come out of it for myself is a useless knowledge of Adam Sandler films. I’ve decided to take this time to reflect on my journey and give my final thoughts about the Sandman as a person.

I mean this in all seriousness, but Adam Sandler is a genius. He could quite possibly be one of the smartest filmmakers and money launderers of our generation. This doesn’t necessarily have to mean that his films themselves are good – but I honestly think he’s cracked the goldmine in the film industry.

I have conceptualized before that there are two distinct eras of Adam Sandler films: old age and new wave. Old age Sandler is the classics, such as the Wedding Singer, Billy Maddison, Happy Gilmore etc.; compared to the new wave films like Grown Ups, You Don’t Mess With The Zohan, Pixels, and basically anything produced after 2008. What I’ve found is that people are generally more responsive and enjoy old age Sandler films more than new wave. This is true for multiple reasons: firstly, old age films give a nostalgic feeling to them. We remember these films playing on TV2 every Saturday night, to the point where they become universality recognizable by multiple generations. Secondly, the quality and plot of these films isn’t half bad. If we compare the likes of Little Nicky to That’s My Boy, Little Nickyis by far the superior film because even though it’s crude, it isn’t Adam-Sandler-fucking-a-teacher-when-he-his-15 crude. And finally, Sandler still appears to be enjoying these films. The reason why old age films resonate so hard with audiences is because you can sense Sandler’s vested interest and want to make these films. This correlates back to his show-stopping performances, such as the one in Click. You can tell he actually is interested in the characters so puts in the effort, which subsequently pays off.

But ya know, if you’ve been in the filmmaking business for as long as he has, ideas and concepts begin to run dry. I largely attribute this to when Happy Maddison Productions (Adam Sandler’s own production company) and Netflix got involved. The old age era of films created a sense of loyalty between Sandler and his audience. He’s almost like the Kanye of the film world – you either hate to love him or love to hate him, but either way you’re still giving him attention and making him money. It’s strange to think at a time Adam Sandler may have been considered a respected actor/comedian. Once his loyalty and association of being the dude that always scream obnoxiously and produced sub-par films became cemented, Hollywood was in the palm of his hands.

I’d like to think that the decline of Sandler can be traced back down to 1996 to Happy Gilmore, the peak of old age Sandler.After having to follow the release of Billy Maddison, you can tell that Sandler’s next film would have to knock it out of the park. Happy Gilmore is probably one of Sandler’s most universally known and liked films, with it being a nice story about some dude playing golf, that blends comedy with emotions very succinctly. Following this, we see the quality of his films decline due to how frequently new ones come out. The classic example of quality vs. quantity, how can the same man who produced The Longest Yard also be responsible for the shit pile that is Jack & Jill? Thus beginning the new age of Sandler. Don’t get me wrong, there are some alright films in there such as Little Nicky and Grown Ups, but let’s be real, they’re the best of the worst. New age Sandler is when you can tell that he’s just making films for the money. It’s his job, he doesn’t care what people think, so long as he has a healthy contract and can play a character that is the ideal version of himself. Even if the new age films are shit, he wouldn’t be making them if there wasn’t an audience to begrudgingly watch them or a company that wants to wank his ego even more.

The decline of Sandler can be attributed to Sandler finding his niche – not only in the films he creates but also the characters he plays. Think about it, all of Sandler films post -2008 seem to follow the same storyline with minor plot differences. They all either go one of three ways – Sandler being the loveable, misunderstood figure that seeks to find love (I Now Pronounce You Chuck and Larry, Blended, 50 First Dates), Sandler as the goofy father figure that has a totally out of his league wife (Grown Up’s, Click), or Sandler being the hero that saves us all (Pixels, You Don’t Mess With The Zohan). The repetition of these films is why we keep coming back. We love the familiar, we love to know what to expect, and Sandler’s new films are so mind-numbingly stupid that they require no real effort to watch. But if all of Sandler’s films and characters are the same, and no one really enjoys his films, why is he so popular? Hear me out.

Adam Sandler is actually the Karl Marx of our generation.

By now, you’re probably thinking “Henessey, you’ve lost your mind! You need to go do that assignment you have due in two days!” and yes that’s true but let me explain.

Sandler’s characters all have distinct characteristics. Usually, he plays a middle class white man, who is an average blue-collar job working to provide for his family. His work often goes unrecognized, meaning he has to put in all the labour while gaining no rewards. In most of his films, Sandler becomes the epitome of suburbia. His life has no real purpose other than to make money for his family. Sandler then often lashes out, either at his family, boss, or some other weird shit due to the strain he feels by being under the forces of capitalism. His films all rely on branding and advertising, enforcing the dominant ideologies of consumer culture present in our societies. Especially when the likes of Kevin James and Rob Schneider play similar roles to him, the main characters of Sandler films represent the wider proletariat community. However, as these films often rely on some dramatic event in which Sandler has to become the hero, Sandler then embodies the proletariat fighting against the bourgeois. In this sense, the bourgeois doesn’t necessarily have to represent the dominant class, but rather dominant ideologies that counteract the ‘average joe’ Sandler is – such as a smokin’ hot guy or terrible boss. Sandler then usually defeats these forces, and reaps the benefits – which I can’t really think of right now. Anyway, my point is we can relate to Sandler’s characters due to our subject positions in society, such as being a consumer of his film most likely living the same life he is. He speaks out for the people, becoming a new voice of hope for our generation.

So even if Sandler repeats the same garbage film over and over, something still draws us back. He can mock him and hate him all we want, but that doesn’t mean we will stop watching. He created a sense of loyalty and admiration with his old age films that has gotten us hooked on him as a creator. Despite the quality of new age films significantly decreasing, there’s still bound to be someone watching and laughing at his fart jokes. With new generations coming in to watch his films such as Hotel Transylvania, he can rebrand himself to a different audience, repeating the cycle until he’s put in the round.

Adam Sandler has what few can achieve – a sense of universality. Adam Sandler has surpassed generations, and managed to make himself relevant regardless of what he’s doing. Even if he’s a shit actor, we still love to hate him, and he doesn’t care. He is still making mad dollars and living a better life than we are. As his characters become an extension of the self, it doesn’t mean that they are an embodiment of him. Although we can speculate that he uses his characters to project his ‘perfect self’ with the good job and wife, he has created a clear distinction between Sandler the self and Sandler the character. While Sandler the character is that annoying, screechy, unavoidable man we see on our screens, Sandler the self is the man who has cracked the Hollywood codes, and found the formula to make himself the most powerful man of our generation.

Adam Sandler is a genius. No one man can produce this many terrible movies, and still be a famous and successful actor like he is. He has truly outwitted the whole system by making us loyal subjects to the Sandler brand.

I’ve said it once, and I’ll say it again.