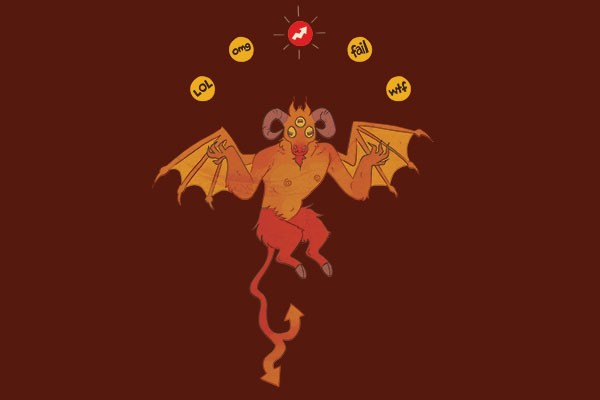 No Information Beyond the Headline

Donald Trump’s ascension from business tycoon and reality TV star to President of the United States of America has been, to put it mildly, fucking scary. Throughout the gross and depraved spectacle that was his campaign he stuck to certain narratives that ultimately helped to make that campaign successful. One of these was that the media, and journalists in particular, are “disgusting” and “dishonest”. This distrust in the wholesale dissemination of news through traditional and recognised channels is the foundation of Kellyanne Conway’s now infamous “alternative facts” jibe, as the Trump campaign and administration attempts to refocus the public’s gaze on their alternative versions of the truth. No matter what Trump or his cronies tell you, though, journalism is a pivotal profession whether you’re in Washington or Wellington or everywhere in between.

You may or may not have noticed, but news media is struggling, big time. Traditional journalism has been declining for years with newspapers facing some of the lowest sales figures in their history. In the United Kingdom, traditionally a thriving market for newspapers, total daily newspaper sales fell in 2014 by an astonishing 7.6 percent, equating to approximately half a million fewer papers sold. This is not an anomaly; in fact, 2014 had a relatively small decline. In 2013, five national papers saw annual declines of over ten percent, with The Independent falling by as much as 35 percent, causing it to move to an online only version in March 2016. Closer to home, the four largest daily New Zealand newspapers (The Dominion Post, NZ Herald, Otago Daily Times and The Press) were circulating 9 percent fewer newspapers in 2016 than 2015.

For industries dependent on advertising revenue, falling sales comes with falling revenue, and thus the industry has to change and adapt. Unfortunately, instead of positive adaptation, many have attempted to appeal to the lowest common denominator in a desperate attempt to improve their sales figures and remain afloat. A lot have sacrificed their integrity for clicks, and in the process have sold their soul to the journalistic devil. Others have remained resolute in continuing to provide the same standard of content as they always have, not kowtowing to this new sector of news media, but are having to find innovative ways of appealing to people.

The Guardian Newspaper’s editor from 1995-2014, Alan Rusbridger, faced profound problems with the decline in news media and spoke openly about them. Before he resigned, he said that “something alarming has been happening in recent months and all our eyes ought to be on the West Coast giants — especially, but not only, Facebook — that are cleaning up quite extraordinarily.” News provided through Facebook is algorithmically selected for you using a vast amount of data you’ve directly provided to them, which is convenient, but simply entrenches your viewpoint, as you only see articles they know you’re already inclined to read.

It’s true that journalism has and always will be a changing field. Relatively recently the broadsheet (larger-sized newspapers who provide more intellectual content) and tabloid (smaller-sized papers who focus on sensationalised stories and celebrity gossip) distinction was unheard of, and when tabloid journalism - especially in the United Kingdom - arose and later flourished it brought with it disdain from traditional broadsheet readers, who didn’t wish to see the newspaper business descend into an orgy of illegality, misogyny, and sensationalism. However, clickbait journalism is a more monumental change than the introduction and development of tabloid newspapers, as it presents an existential challenge to journalism itself. As the accessibility of news through social media ramps up, the only people who will lose out are the public. According to Pew Research, twenty years ago only 12 percent of US adults got their news online; now, that figure stands at an astonishing 81 percent. That may not be shocking due to the growth of the internet in those twenty years, but it highlights the changing face of how people get their information. That is not scary on the face of it, but when you include the fact that 62 percent of Americans use social media for news, a figure that increases to 84 percent for 18-24 years olds, it becomes a whole lot more worrying. Online ‘clickbait’ news has wedged its foot in door. Their information makes tabloid newspapers look like War and Peace. This change is not simply a shift from one’s preferred newspaper to the online version; clickbait is taking over, and their readers’ brains are turning to mush.

As one of the co-editors of a magazine that targets the age range where the consumption of this information is at its peak, I feel I could be doing a better job at bridging that gap and peaking the interest of that group, but competing with click-bait articles is not easy, even for well-established media outlets. Click-bait news sites like Buzzfeed and Upworthy seek not to increase their readership, but rather their viewership. They don’t pride themselves on the veracity of their content (unless there are legal implications), but rather the amount of traffic through their site, because of the potential profit that can be gained from advertising revenue. Using age-old journalistic techniques, like sensationalist headlines, they hook you in with bullshit information, only to present you with content that scaremongers you into giving a shit, when in reality the information is either poorly researched or provides only half the story.

Due to content increasingly being accessed through social media, regular readers of clickbait frequently don’t look further than the headline, because, if they wanted to read news, they would just use actual news sites. Having this type of news on social media does one of two things: firstly, users see the headline and form their opinions based solely on that because they don’t want to be sent to a third-party website, or secondly, and only marginally better, they click on it and read the information. There is nothing to be gained from reading, or even seeing the headline of, their content. It contributes nothing to your life except wasted time and regret. I am not saying this to get you to read Critic  – ultimately read whatever news you want - but make sure it is credible, and not a bucket of faeces thrown at a computer screen and called journalism.

If you were to click on the article you would be taken to a site like Buzzfeed or Upworthy, who have website layouts that look like a ten year old kid with ADHD was told to just “be quiet and draw on the paper.” Clickbait sites prey on your concentration by splattering the screen with a wide array of articles and pictures to keep you hooked to the site. The more intriguing headlines in view mean the more likely the reader will click again, and thus the more money the site makes. Slant, an online magazine, has recently begun paying their writers USD$100 per month (admittedly freelance, but still less than I made as news editor last year at Critic for god’s sake) along with USD$5 for every 500 clicks on their stories. This practice is being used more and more in the industry, and unlike in the service industry, where commission can work well to increase the standard of work, in journalism it will predictably only increase sensationalism, fatuousness and facetiousness, and make journalists create more and more articles at the expense of much needed accuracy and accountability.

Clickbait headlines are ultimately false; they imply that the information is true in some material way, when in reality it’s only partially factual. If you do use these websites on a daily basis to gain a grasp of current affairs, it will lead to a warped and confused understanding of global, national, and local current affairs. When important global events are mistreated with headlines such as “Ten Dead In Shopping At Munich Shopping Mall” [sic], you can confidently infer that the author and the outlet itself are not particularly bothered with the seriousness of the subject, because it’s such a glaring mistake, yet something so easy to have done correctly or subsequently corrected. Couple this with the fact this article is positioned next to and around stories such as “17 ‘Dawson’s Creek’ Moments That’ll Still Leave You Emotionally Wrecked”, “Which Cookies Would You Rather Eat?” and “19 Delightful Animals Cooling Off In Pools”, and you have an article on a website that does a disservice to the reader’s intellect. I’ll be honest, I did restrain myself from clicking on the cookie article because I wasn’t sure I knew the flavour of cookie I prefer until Buzzfeed thankfully fucking told me. But seriously, as traditional media forms have been struggling over the last decade to keep their same expenditure amid falling profits, clickbait sites have came out of leftfield with this new business plan.

The consumption of this content will leave you either shocked (if it’s about current affairs) or no more informed than you were before reading it (if it’s about cookies and Dawson’s Creek). It simply leaves the reader fearful of events, places, ideologies, and groups of people. A fear that is, on the whole, misplaced. The more articles you read from these sites, the more these opinions begin to stick and manifest themselves in conversations or political ideology. If you want to prevent this eventuality, you have to add more (non-clickbait) sites to your news consumption. Doing so will give you a better understanding of current affairs, but leave you in the dark when it comes to Dawson’s Creek trivia; you decide.