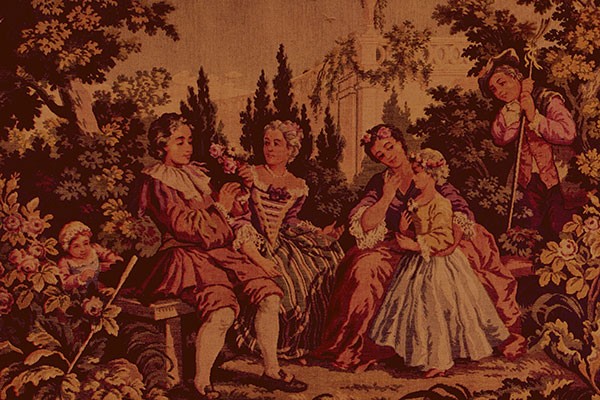 Much has been made in the news about how school kids have used Yik Yak to cyber-bully their peers, causing some commentators to call for its outright banning. I have to disagree; my experience with Yik Yak over the past few months is not only proof of social media’s potential to bring people together rather than isolate us from one another, it has renewed my faith in the good will and altruism of my peers.

Pay yourself a visit to one of the many awful “news” websites largely frequented by small-minded older people and you’ll no doubt come across some kind of “thinkpiece” explaining  how this or that new social media platform is going to lay ruin to society as we know it by dulling human experiences and reducing interactions. These pieces do make for an amusing read: wildly inaccurate assertions about what “generation-selfie” does in our spare time and an almost consistent failure to use the word “meme” correctly (no, it’s not a verb), for example. It’s easy to be insulted by the old coots who are given a platform to rattle out uninformed assumptions about us internet-age kids, such as that our souls are so rotten, we can’t possibly handle the responsibility of prudently using the new technology we’re being handed. There is no doubt that the rise of online social media has caused significant issues, but it is patronising to assert that young people are incapable of using it positively.

Case in point is Yik Yak, the most recent social media app to take Dunedin by storm. Much has been made in the news about how school kids have used Yik Yak to cyber-bully their peers, causing some commentators to call for its outright banning. I have to disagree; my experience with Yik Yak over the past few months is not only proof of social media’s potential to bring people together rather than isolate us from one another, it has renewed my faith in the good will and altruism of my peers.

Before we jump into this, we will power through a quick explanation of how Yik Yak works. Yik Yak amalgamates the features of a handful of social media platforms we’re all familiar with. Like on Twitter, posts (called Yaks) are limited to 300 or so letters. Similar to Facebook, fellow users can demonstrate their approval by up-voting (or down-voting) and commenting on individual Yaks. As with Tinder, only Yaks posted within a certain radius of a user can be seen and voted on. And like the comments section of the New Zealand Herald website, everything takes place under the shady cloak of anonymity. Presumably, however, the developers of Yik Yak incorporated a feature that recognises and removes Yaks containing people’s names. If someone were to post “OMG, guys, just spotted Stacey Jones getting finger-slammed by Matt B in the ground-floor laundry!!!”, that Yak would be whipped off the feed quicker than poor Stace’s inhibitions vanished after cracking into her second bottle of Passion Pop.

The combination of anonymity, on one hand, and the ability to like and be liked, on the other, flies in the face of what social media has, until now, been all about. Facebook, for example, has been able to sink its blue claws into our lives because we all enjoy feeling like we are the object of other people’s attention. We post content on Mark Zuckerberg’s platform, and he rewards us with tiny endorphin hits known as notifications. Somehow, probably by virtue of our inherent vanity, social media has tricked our brains into believing our self-worth depends on how “popular” we are online. This is madness; we can all rationally see that the number of likes we get on our newest profile picture has zero bearing on the actual quality of our lives — we can’t trade them for a Crunchie Bar — and yet we still can’t tear ourselves away from checking (for the third time that hour) whether it’s reached the 100 mark yet.

A successful Yak, on the other hand, delivers you only private satisfaction; since no one else knows it was you, its success or otherwise does not reflect your personal popularity but simply how amusing you were at that single point in time. Yik Yak’s removal of any sense of online identity has produced a plethora of (mostly pleasantly surprising) results.

The most amusing ones quite often have nothing to do with anything.

Yaks that get the most attention tend to be written about a handful of topics: shitting, eating, drinking and sex. Rather than seeing these subject matters as an indictment of humans’ general grossness, I choose to see them as a kind of sweetly endearing sign that none of us is too old for toilet humour and lame sex jokes. In fact, especially in an age where selective posting means scrolling down your Facebook newsfeed could lead you to think your friends live perfectly polished lives, it’s refreshing to see that underneath this facade, we are humans who tend to all do, and take interest in, the same gross habits.

Last week, I saw two girls I know at a café. Eighty-seven percent of the time they were on their iPhones and, when they did speak to one another, the conversation largely went along the lines of standard exam-time chat. “So when’s your last test … aww babe, that sucks …” — in other words, dryer than the biscotti they were nibbling on. “So great to catch up with this one for brunch” was the caption of the Instagram picture one then posted, accompanied by a photo of the other seemingly having a whale of a time.

It’s easy to see why experts posit that over-exposure to social media sites, where people selective edit out the mundane and unpleasant parts of their lives, can result in feelings of inadequacy, loneliness and depression. Yik Yak, on the other hand, does away with this falseness. Human life is largely compromised of long periods of unpleasantness, mundaneness or, at best, mere contentment, spritzed with the occasional burst of joy and happiness. This is totally cool; normal human brain development requires time off. While being relentlessly pelted with images of your friends having a great time could lead you to convince yourself you’re not happy because you’re not constantly having a good time, finding out through Yik Yak that a lot of other people, most likely the majority, also spend some Saturday nights, I don’t know, in bed watching Come Dine With Me, eating crispy noodles and masturbating could yank you out of this falsely constructed sense of inadequacy.

The other Yak category is where the original poster (OP) poses questions to the Yik Yak community. Some of these are fairly day-to-day questions; for example, where a certain tutorial is being held that day, or advice on how to give a decent rim-job.

Many posts, however, come from people unsure of themselves, questioning their beliefs or genuinely seeking life advice. Yaks’ anonymity has led to the posting and answering of questions people might not feel comfortable discussing in person. I’m not talking the lines of “I’m not sure how to bring up the ‘what are we?’ question with my girl, any advice?” — that’s what mums/Yahoo Answers exist for. I’m talking posts like the screenshots above, along with many I’ve seen that go along the lines of “Does anybody else constantly think about killing themselves?” or “I’m straight but recently I’ve felt attracted to my flatmate, how can I make this go away?” These are the kind of questions where advice from someone who has been in the same position is invaluable and, given society’s general intolerance towards acknowledging mental illness, Yik Yak allows those people to offer support without having to bare their soul to the world. Personally, being introduced for the first time to the possibility that my not super-peachy state of mind wasn’t actually my own fault, but rather that I might be suffering from a mental condition, was an enormous moment. The fact that Yik Yak is doing this for folks on a daily basis is unequivocally a fantastic thing.

I have been cruising through Yik Yak for a number of months, and I’ve never seen any mean-spirited posts targeted at other students not be voted off the site almost immediately. When I spoke to the wardens of a number of residential colleges, none of them reported having any issues with the app. Arana College’s deputy head, Patrick Chong, said, “I don’t know what is this Yak you’re talking about.”

Dr Erika Pearson, a senior Otago lecturer in the Department of Media, Film and Communications, said: “Most of my students who’ve used it find it to be a really supportive group.” She added, “If I were to hypothesise about why college Yik Yak can be quite supportive, particularly in Dunedin, it would be the fact everyone lives in the same group and goes through the same stresses at the same time and so there may be some kind of shared identity there.”

The title of this article was always going to be “Yaktivism”, purely because we can’t resist a jazzy pun like that. However, as I worked on this piece, I came to the conclusion that anyone who contributes to the Yik Yak conversation is, in fact, a “Yaktivist”, whether they realise they are or not. Of course, there are those who outright comment on Yaks offering their assistance or advice in response to a cry for help. But by merely commenting on and upvoting Yaks that normalise and publicise behaviour that’s usually kept behind lock and key, you are contributing to a community’s knowledge. Maybe something you’ve posted simply because you thought it was funny has been a breath of fresh air to somebody, making them finally realise that they ought not to feel ashamed about a certain aspect of themselves, or their personal choices.

This article is a love letter to our generation. While our grandparents received the miracle of atomic fission and created, oh, I don’t know, a bomb that could destroy the world a hundred times over, we’ve inherited a platform that could easily be used to bully, mock and taunt, and instead used it as a platform for positivity and good vibes. If that doesn’t make you a tiny bit optimistic about the future, I don’t know what will.