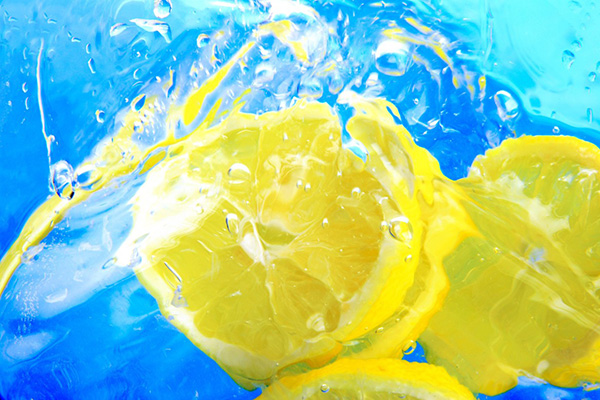 What I remember specifically about the first time I went there – not the first actual time but, like, the preliminary meet-and-greet type thing – was the lemon. Sliced, floating pale in a cool glass of water. The glass it was in was crystal and heavy and felt moneyed, somehow, cylindrical and bottom-heavy, with a clear diaphanous base that was very thick, about a third of the total volume of the glass. Not something you’d find at a typical student flat. Not anything in my cupboards, anyway. The older one had brought it over to me and set it down on this minimalist jet-black coaster, asking if Everything Was OK and if I Felt OK. Of course, I didn’t spend much time pondering that question, but the heavy glass of cool water with the lemon was the most luxurious little thing I’d had in about five months of scrimping, and as well as that, I was wearing these great heels I’d borrowed from a friend, so it was Yeah, Fine Thanks. Olives later, too, big fat ones, juicy and bigger than your fists.

The younger one was running late, and while we waited, I thought back to the last few weeks that had led up to this. Frigid winter in the flat, no thermals. Dahl for four nights running. The acrid taste of instant coffee with one McDonald’s sachet of sugar. Shop windows. This weird insistence on telling Mum that No, I Don’t Need Help Thanks. The worries about what I should wear, whether I was attractive enough, what we would talk about. Seeing as it was the very first time I’d gone there, I didn’t have much to worry about in terms of people finding out or anything. That came later. I told my boyfriend I had study to do and headed off in the direction of Uni, doubling back after a couple of blocks. The place was actually across the road from the shithole I was living in, so close that I could look down and across the road into our kitchen window and actually see the empty fruitbowl on the bench. Sometimes I’d imagine what he was doing at that point, where he thought I was.

The first thing I remember about Sue was her swooping in all rushed and flustered and clutching those big olives. I’ve Just Found These, she said, Are You Hungry? And my tongue became wet. She was a spectacular woman – very tall, an ex-supermodel in flats and a black silk Dior blouse with perfect complexion and soft angel hair tied roughly back. She was heavy, too – she told me later how she’d been modeling all through her teens and twenties and had apparently lasted the whole era on a single packet of menthols. Now, she had told me, she wanted to eat. And eat she did. Flans, parfait, tiramisu. Figs and blue cheese on crackers with Foie Gras from France. And so here was this beautiful lady, gorgeous, of clear-complexion, tall, and now with some meat to her. Weighted. Luxurious. And bringing me olives.

I don’t really remember much of what we talked about, although I do remember her specifically saying she’d buy me a new dress before I started, just right off the bat for free. And every time I came in I could have a couple of glasses of wine, too, with whomever it was. She showed me the wine cabinet with a panoply of Chards and Savs and Forts and Rosés, which I could use (in moderation, of course). She told me they were important for what in the field is called an authentic GFE, or Girlfriend Experience, which is what most of them were after. I didn’t mind, or it at least wasn’t a major point of the conversation. Getting paid to wear new dresses and drink wine was good enough for me. Eventually we finished up the conversation and I got up to leave, in my excitement nearly tipping over that nice full glass of water in front of me. I felt great – left pretty quickly down the stairs and out the door, giddy, better than OK.

Oh, the things to come.