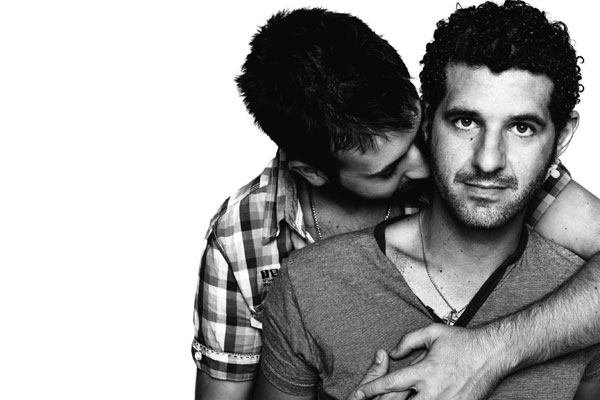 I’m one of the lucky ones. No matter what my sexual orientation turned out to be, my parents said they would always accept me. I don’t really have any desire to know whether I received this reassurance because of my interest in fashion or complete disinterest in Barbie-like bimbos, but it was comforting to know that when I got called a “fag” at school (like most kids who sucked at sport), at least my family would always be cool if it were true. What I do know is that my generation-older grandparents, however, would struggle: An indicator that as the Western world progresses, liberals are triumphing over conservatives regarding sexuality. Yet despite the increased acceptance of LGBT identities, many institutions and societies still focus almost exclusively on straight culture. It’s absurd that dress sense and mannerisms alone single me out for taunts when walking along the street. And when I talked to friends about writing this piece, their main concern was that it would look like I was gay and trying to justify it. Why the heck should that be such a concern?

The answer is the hetero-normative agenda, which is a “set of lifestyle norms that hold that people fall into distinct and complementary genders (man and woman) with natural roles in life” (thank you Wikipedia). This assumes that the “normal” sexual orientation is heterosexuality, that sexual relations are only “natural” between man and woman, and that gender pertains exclusively to biological sex. In short, it’s the phenomenon by which the contemporary world assumes that it’s normal to be straight and abnormal to be otherwise. Everything from the Kinsey Scale (more on that later) to the scientific research that has shown homophobes to actually be more bent than people who aren’t such arseholes (no shit) demonstrates that there is absolutely nothing queer about being queer. More needs to happen to turn this into acknowledged fact: As far as I know, the only mass medium where non-heterosexuality tends to be discussed as being normal is Vice Magazine.

So why is it that suicide rates within the community of LGBT youth are abnormally high? Why are people ignoring one of the main things they’re taught as youngsters – that there’s no such thing as normal? I asked gay couple Max Cromie and Ben Hook what they thought, and in their opinion, and the biggest facilitator of the agenda is education.

“Although ‘gay’ is beginning to be accepted stigma-wise,” Ben says, “there’s a big thing about parents trying to influence their children not to be gay by avoiding the issue completely. They ask ‘what did I do wrong to make him gay?’ And parents keep their kids away from things that could influence them into being gay – if they see a flamboyant couple walking down the street it’s like ‘quick kids, hide behind me.’” Max agrees: “a lot of parents go into childrearing with the misconception that they can shape their cub.”

This problem with education extends into the New Zealand school curriculum too. “Sex is still a taboo topic,” Max tells me. “If you say ‘we need to teach sexuality at school,’ then people say ‘Oh, but you’re pushing it onto them.’ People say that the only safe sex is either what we tell you or something stupid like not doing it at all. So if you go along and say that two guys can do this, people will freak out. Particularly people with kids - there are a lot of stupid views that get passed on to kids.” There is a vital need for homosexuality to be taught in the school curriculum alongside heterosexuality in Year 10 Health classes. When ‘normal’ kids are being taught about what’s healthy and safe, LGBT youth are often left in the dark. However, the modern world does help with this. “Most people go to the internet. Even NZ has big online gay resources,” Max assures me.

One of the odder things about current affairs is that gay people still can’t donate blood. “If you’ve been sexually active as a gay person within the last six months, you can’t donate blood. That’s a misperception about AIDS. But I just don’t think that gays having sex is any different from straight people having sex,” Max goes on. And despite progress by civil unions in trying to sidestep the issue, gay marriage and gay adoption remain either difficult or elusive. According to Professor Mark Henaghan, Dean of Law at the University of Otago, “Family Law legislation, apart from marriage and adoption, recognises same sex relationships on the same level as opposite sex relationships,”. But nothing looks to be changing in the eyes of the law. When a friend of Max’s emailed an MP about the issue, he received a simple reply which indicated that the issue is not considered important at the moment. “Right now if anyone tried to make a big upcry in legislature and tried to change perceptions, they’d be met with everyone saying three things: ‘don’t tell me what to do,’ ‘why is this an issue?’ and ‘shut up faggot.’”

The problem with current legislation and discrimination is quite simply that it goes against human nature. Remember the primary school myth which scared all the snotty-nosed subjects of the hetero-normative agenda into thinking that 10% of your class were gay? Well, guess what? It’s true. In 1948, a graph called The Kinsey Scale was published which showed that everyone in the world lies somewhere on a scale of 0-6 between exclusively heterosexual and exclusively homosexual; and yes, roughly 10% fitted into the category of being exclusively homosexual. You can take it for granted these days that most people have had at least some homosexual inclinations at some time in their lives. So no, bisexuals are not just gay people who are trying to act a little bit more straight. I’m sure I’m not the only person who couldn’t turn down an opportunity to get all chocolate-saucey with Morgan from Criminal Minds. Which leads onto another problem with the hetero-normative agenda: The idea that interracial sex is also considered abnormal. I thought we’d got over this whole racism thing …

A lot of the blame for homophobia has been placed on the Christian Church, and although this is certainly well founded, people need to look beyond this when many within contemporary Christianity are working very hard to change people’s attitudes. Yes, the fact that Greek and Roman cultures engaged in lots of steamy homoerotic activities until Christianity came along is becoming more and more of a widely talked-about topic. Yes, specific Christian institutions like the Catholic Church get a worse-than-others rating for their extreme hetero-normative agenda. And yes, last year I tried to have a crack at going to a particularly evangelical student church, and although it was entertaining to imagine Borat running around screaming, I stopped one visit later when an enquiry about their attitude towards homosexuality returned the fact that they would “help” people fight the problem if they had it.

But others are attempting to bring the church into the modren era, and in a freak double-whack of the media agenda, these good parts are rarely discussed. For example, one of the kindest and least judgmental people I know is a gay Presbyterian Minister. Very few people would guess that an openly gay person could lead a church. But that a minister would molest a child? Well, those same people would take it for granted. For gay Otago student Atrayl Elliot-Roderique, whose father is from “one of those American-type happy-hand-clapper churches where people speak in tongues,” it was harder for his father to take it. “But when your family realizes that you’re still the same person and only one little thing has changed, they’re alright with it.”

Then there’s good ol’ Islam, the religion where misogyny and homophobia are prerequisites, right? Well, have I got a shock for you. Much like Christianity, there are varying extremes to this religion. Tel Aviv in Israel has become a kind of Mecca for gay Muslims. Indeed due to the extreme sexual repression of many Islamic nations, homosexual relationships have become more normal in order to relieve sexual tension. Afghan soldiers, for example, have quite a reputation for man on man in their downtime.

Having said all this, it’s remarkable just how positive the general outlook of a lot of gay youth is. There’s a perception that things are slowly improving and will continue to do so. Ironically, it is more of a problem that “people have a lot more freedom these days... a lot of people have voices and a lot of people are jackasses. But things will continue to change. People will start minding their own business more,” Max tells me.

A different phenomenon, known vaguely as the homo-normative agenda, could be to thank for such hope for continued change. This defines the assumed “normal” for a non-hetero-normative individual as a gay white boy. Ben describes its power as “removing another layer of people not being able to accept it” - meaning that it lessens the problem for some LGBT youth by stratifying those who have varying attitudes towards different non-hetero-normative behaviours. For example, it allows someone to be okay with gay boys and still discriminate against other sexual orientations. But it can be, of course, a bad thing for those in the LGBT community who don’t fit the right stereotype. “When talking about lesbians, the whole straight male fantasy is detrimental in a way,” Max explains as an example. “It’s a stereotype too, it’s part of the homo-normative agenda. But the flip-side is that because of it, lesbians in real life don’t get as much shit. They get wolf-whistles because men idolise them. in reality men might not actually enjoy lesbian porn the way a lesbian would make it.”

Although the progress for the gay community has been great in New Zealand, it’s vital that awareness continues to rise and perceptions significantly change. It’s disgusting that people in New Zealand could still be so ignorant of the nature and rights of others, because it’s still doing a lot of harm to normal, good people. And for those who still squirm at the idea of two same-sex people holding hands, think of it like Woody Allen does: on a Saturday night out on the prowl, swinging both ways immediately doubles your chances for a swirl of fresh cream. Statistic students (or at least, those doing honors) will confirm that this comes down to basic probability.
This article first appeared in Issue 2, 2012.
Posted 4:53pm Sunday 4th March 2012 by Zane Pocock.