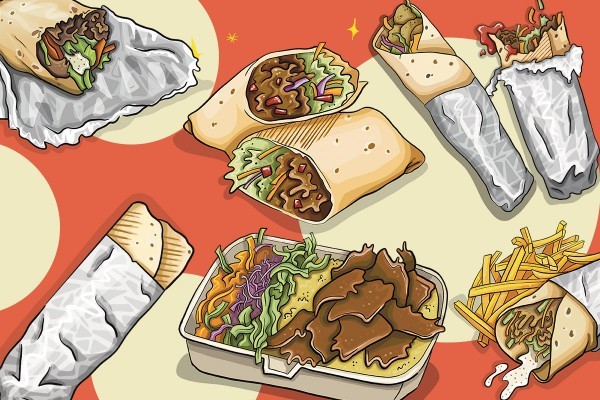 Editorial: I admit it, we slept on Konya Kebabs

Last week we were inundated with criticism for an article. No, it wasn’t the investigation into neo-Nazis. It was the kebab review. As soon as it was posted on Facebook the comments started. The people were angry. They said, amongst other things:

“wowee 2 years in a row sleeping on Konya kebabs  easily the biggest and the best price and one hell of a friendly server. rookie moves here team”

“Konya Kebabs is incredibly under rated and the best kebab place in Dunedin. Great kebab, good price and friendly service.”

The comments were overwhelmingly positive about Konya and negative about our kebab review. But the criticism came from a good place. These people, like all of us in the review, just wanted some recognition for their favourite kebab place. They wanted us to include Konya Kebabs.

To be honest, I’d never heard of Konya before. I was surprised to look on Google Maps and find that Konya was just around the corner from George Street. It is allegedly open until 4am on Saturdays. Where had it been all of those drunk walks home from town? Could it be that the perfect kebab from Konya had been just a few metres away, just out of sight?

It turns out, yes. After reading the comments I decided that I had to try it. I ordered a large mixed kebab with yoghurt garlic and sweet chilli sauces. It was a Wednesday night and past 9pm and I was probably keeping the staff at work late, but they were lovely to me anyway. It’s spacious inside, with a bustling kind of ambience even when it’s empty.

I also ordered some fries, out of panic, because they asked if I wanted anything extra. I started eating them in the car on the way home and they were really good, with some kind of chicken salt that gave them that extra level of taste.

Then I got home, unwrapped my kebab (which was somewhat strangely wrapped all in paper bags instead of tinfoil) and realised that it was the largest kebab I’d ever seen. It was not as tightly wrapped as some other kebabs on the market, like Cafe Nesli, but it was very tasty. The lettuce was fresh and crunchy, the sauces perfectly balanced, and the mixed meat tasty. The standout was the wrap, which was just the right amount of toughness to keep the fillings inside the kebab, but tasted fresh and melted in the mouth.

Overall, 10/10. A fucking huge kebab that should have been included in the review.