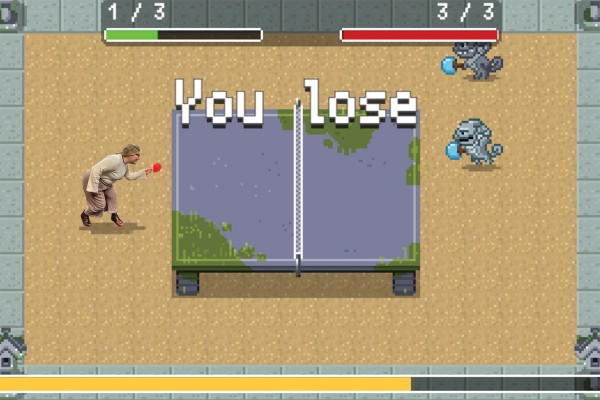 Editorial: The Google game is the best part of the Olympics

The Olympics are great. I love being distracted from my life by watching people who are more motivated than me and hotter than me do pointless tasks. But the Google game that they’ve created for the Olympics? It’s even better than the real thing.

At first I was confused. It seemed like such a complicated thing Google created just to celebrate the Olympics, which happen every four years. Then I started playing it and I was converted.

Instead of watching athletes do pointless tasks, I get to do the pointless tasks. The tasks take the form of small Miniclip-style games, and you play them as a little cat. There’s table tennis, marathon, artistic swimming, archery, climbing, skateboarding, and rugby. None of them really resemble those sports. The game doesn’t have the same sex appeal as developing a crush on an obscure Croatian tennis player, but it does make me feel like I’m doing something with my life.

I joined Team Kappa, the green team, who are losing significantly on all the leaderboards and are criminally underrated. Please join Team Kappa and help us to boost our score. Fuck all the other teams.

In the game, you walk along little paths through different scenery to find the different ‘gates’ where you play to win a scroll. You can talk to lots of little side characters, who are also cute animals. The dialogue is funny. The game has no inventory, but the side characters make references to that and break the fourth wall. Nice. I’m not sure how far it goes but there seems to be a lot of depth, things like secret beaches and eventually leaving the island (just like the best game ever invented, Sims 2 Castaway for PS2).

For no specific reason, the Olympics game reminds me of Neopets and brings me some kind of childhood nostalgic joy. There is no pressure and the games are easy enough that I managed to earn a scroll just by jamming the spacebar in table tennis. One of the games is literally just dancing to a banger of a song with the arrow keys. It bears no resemblance to the real sport of artistic swimming.

In comparison to the game, there are lots of problems with the actual Olympics. They’re also really weird to think about. We just get these people who have been the best at this really specific skill, like shooting an arrow or running really fast, since they were ten years old, and we make them do that until they’re about 30. And in the process, we get all of these people who are way too focused on one thing together, to see which country has the best collection of weirdly specific skills.

But it’s fun, it’s distracting, it’s weirdly inspiring. Although not as much as this little game that Google has created.