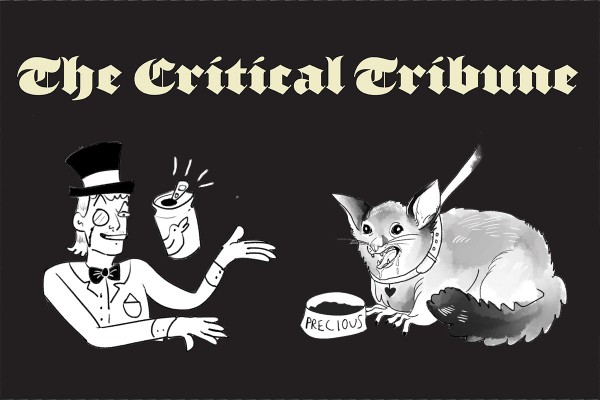 Local man and beer connoisseur Arthur Davies has long prided himself on his exquisite taste in beers. Shunning established New Zealand favourites like Tui, Steinlager, and Southern Gold as mere “swill” and “only good for my father to get drunk to before beating me with a paddle,” he has overcome his medically-significant daddy issues by purchasing only foreign-branded beers, which he considers “far superior” and “made with passion by people who really know their beer”.

Asked for recommendations, he claimed to be torn between the “tropical refreshment” of Tiger, the “crisp classiness” of Stella Artois and the “well-rounded versatility” of Carlsberg, all of which are manufactured in New Zealand by the same faceless multi-billion dollar multinationals who make Lion Red and DB Export Gold. “Whatever you choose, even a Kingfisher or a Häagen is bound to be far superior to that nasty local dross,” he mentioned, apparently unaware that every beer he had mentioned was made in the same mediocre factories as the “stodgy mainstream brews” which drove Davies Senior into his violent stupors all those decades ago.

At press time, the smell of Speight’s from an opened bottle had reportedly left Arthur huddled in a foetal position, repeatedly whimpering “Don’t come any closer daddy, I already said I was sorry.”