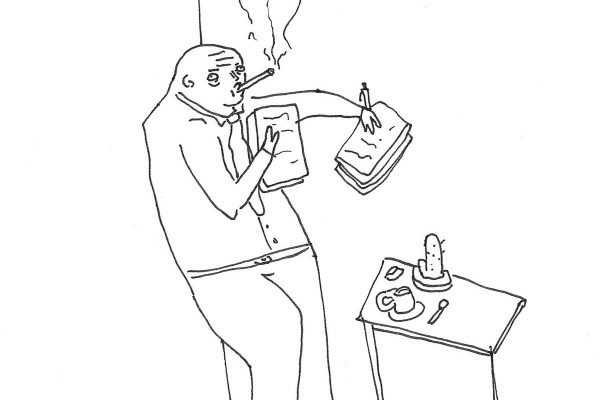 Yesterday, local Chemistry lecturer, Dr Steven Marks, let out a long sigh of exasperation as a 400-level student struggled to recall the value of RT. Initially panicking, he relaxed when he realised it was only a postgrad class of eight students and he could give up the nice “eager to teach” act whereby he would kindly tell undergrads that there are “no stupid questions”. He then truthfully said that although there may be no stupid questions, there are definitely stupid people. I.e, most of them.

Dr Marks was last spotted sucking furiously on a Winnie Blue in the dart garden at Good Earth, rolling his eyes at the tests he was marking. It has been foretold that he is going to exceed two standard drinks at the next lab dinner, because he doesn’t mind if the 4th years see him being a real person.