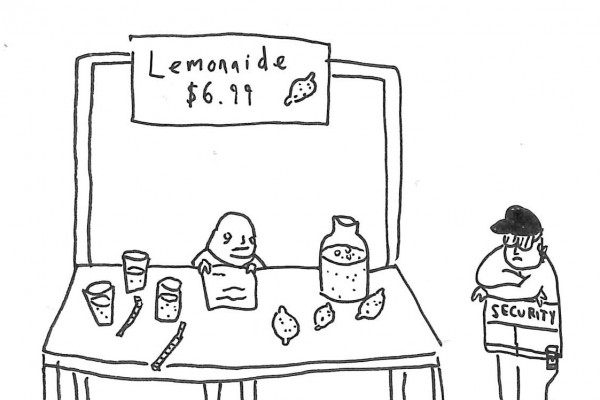 Duhamel Bosworth, CEO of Totally Legit Lemonade, was removed from mall grounds last weekend. When security asked Bosworth to present paperwork proving that his stall was permitted in the mall, he presented them with a handwritten note that was "super legit, absolutely real" and not written by his flatmate.

Bosworth promises that he wasn't just ripping the labels off of budget soda bottles and reselling them.

All profits from Totally Legit Lemonade were donated to the 'Bosworth Agriculture Initiative', which police later discovered was just three marijuana plants in the corner of his flat.