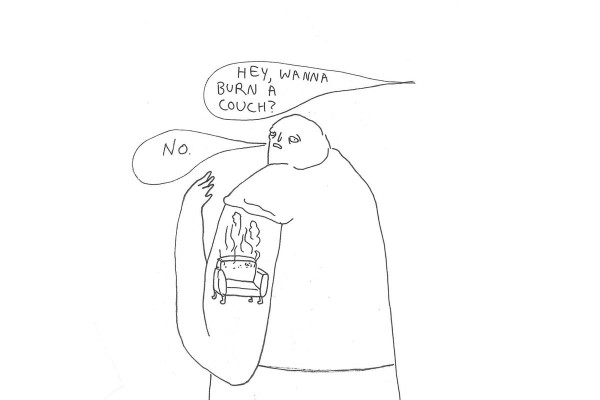 Third-year Biology student Thomas King has been showing off his latest tattoo, which depicts an iconic Otago University couch burning. However, new evidence has shown that King has never having actually burned a couch.

Some have claimed that King’s tattoo is cultural appropriation, and that he should either burn a couch, or get a cover-up. King deflected all the scrutiny by stating “It’s a spiritual couch. I’m a hardcore scarfie, but just on the inside.” He continued, “I’m not a poser bro, I just don’t want to risk getting kicked out of Uni”.