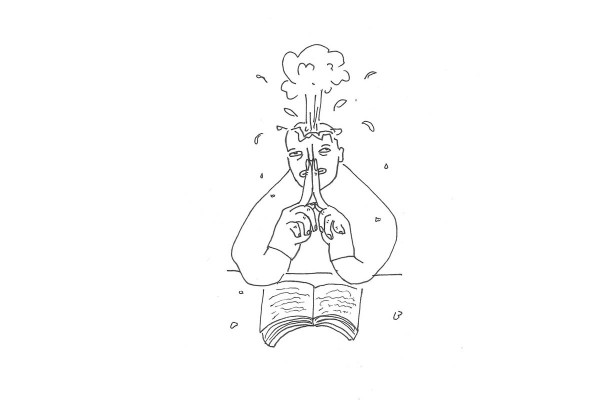 Last Friday, first-year Philosophy student Chase Hughes had to be rushed to the emergency room after he contemplated so hard that his brain exploded. Hughes’s flatmates gathered the loose pieces of cranium in an old Domino’s box and carried him to the hospital.

After 12 hours of surgery it was possible to restore the majority of his brain. Unfortunately however, Hughes will be lacking in some areas of thought. Hughes, who has currently completed a whopping one and a half philosophy papers, isn’t put off by the accident, saying, “I don’t need it, everyone knows real philosophy comes from the soul”.