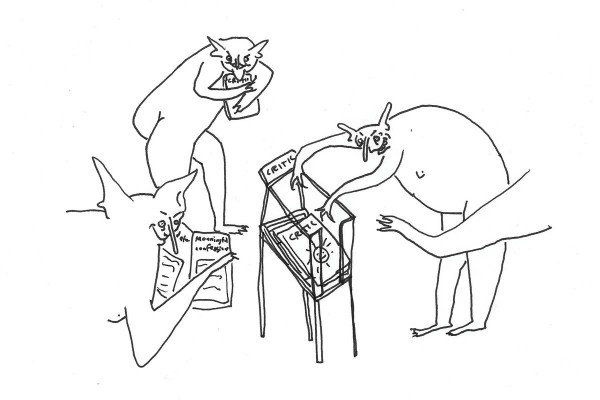 Last Monday a horde of at least 20 sex-deprived beings descended upon campus to steal as many copies of Critic as possible. It is currently unknown whether the creatures were students coming out of Winter hibernation, or actual goblins.

The Critical Tribune spoke to one of the goblins briefly after the raid, but all that could be made out was “nnnyessss, sexy column, favourite column”. They then scuttled off.

The goblins are currently suspected to live in either a Dundas Street flat or the North Dunedin Sewers; the Critical Tribune reporter who followed the horde back to their lair couldn’t tell the difference.