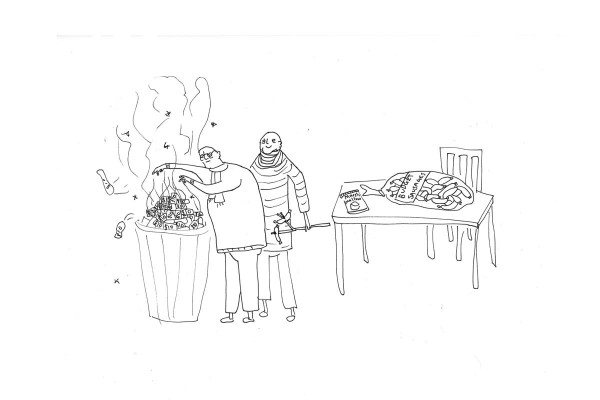 Josh Broden has revolutionised student heating. Using simply a metal trash can and a fuckton of Uber Eats vouchers, Josh has managed to fend off hypothermia.

When asked why Josh decided on Uber Eats vouchers as a unique, new type of fuel he said, “nobody actually uses these pieces of shit. I don’t know a single person that has used Uber Eats. How do they afford to pay all those people?”

Josh’s landlord has been in touch with him several times, warning him that his new method is a complete and dangerous violation of the lease. “Well if she doesn’t want me to warm the house, maybe she can fucking insulate it,” said Josh.