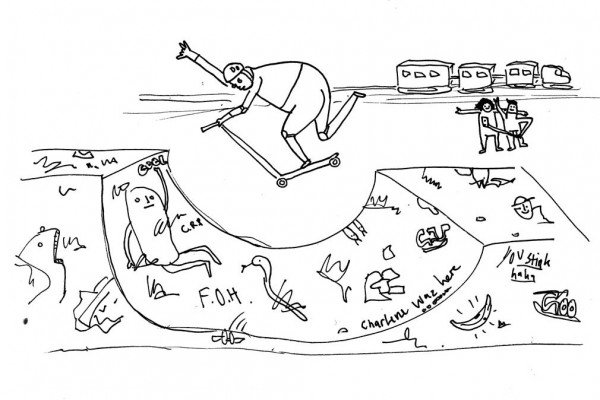 Critic caught up with a group of five ScooterN’SkateKids found loitering at the skatepark. They had 2 skateboards and 3 scooters between them as well as a packet of Marlborough reds. When asked if they would be moving towards the electric version of their hobbies they demurred. Frightened by the cost, either of hiring a Lime or saving up to buy their own, all the ScooterKids stated unequivocally that they would not be abandoning the “bones” of the sport. “It’s just not right,” said Jean (18). “Companies shouldn’t be coming up and profiting off of what we’ve known for so long and held so dear.” The group reported feeling unimpressed by a man with Brylcreem in his hair posing for photos outside the train station.