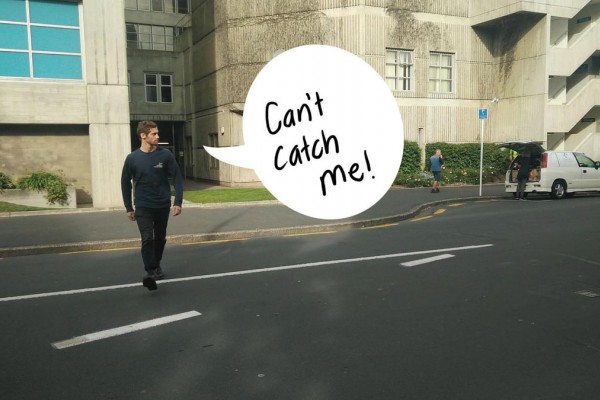 A citywide search for a criminal crosser has been ongoing since Tuesday afternoon. Dunedin crimester Mathew Denys was spotted crossing the road without a green man by a concerned citizen who contacted police. Police Constable James Everest said “we’ve come close to catching him a few times, but he has managed to evade capture by illegally crossing the street, and we have been unable to pursue without stooping to his level”.