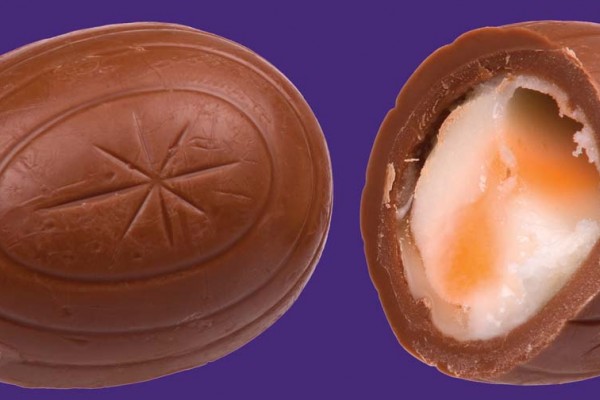 Many believe that the art of painting hard boiled eggs in spring time was a pagan ritual that represented new life, fertility and rebirth. Many others believe that Christians stole the ritual, rebranded it and related it to the resurrection of Christ. Others suspect, thanks to da Vinci’s painting, that Saint Peter was actually a rabbit, and that The Hare Club for Men has been painting eggs to keep this secret for millennia, hence eggs at Easter. Whatever the truth is we are left with two great outcomes, hot cross buns and chocolate Easter eggs.

It only takes one look down the supermarket aisle around the start of March to have any chocolate lover screaming with the delight that usually accompanies orgasm. It’s the equivalent of checking your balance at the pub and realising that Studylink has paid you early due to a public holiday.

The first chocolate Easter egg was introduced in England in 1873 by JS Fry and Son, with over 80 million being sold each year. It was difficult to choose just one to review but I finally settled on the Cadbury creme egg.

This creme egg was made right here in Dunedin up until 2009. Then production moved to some shithole called Austria, wait no, Australia, and the size decreased by 1g. More changes were in store for our once perfect little egg: the filling changed from a nice, runny lube-like texture, to an almost solid hunk of Vaseline. The ‘shell’ of the egg is made up of milk chocolate, yet can come in many varieties. In Canada, a caramilk creme egg was once sold, as well as a white chocolate version being sold in the UK. We were never treated wth such glory in New Zealand, because God hates us.

Pairs well with: Diabetes, waking up extremely excited as a kid, tooth decay, Speight’s (‘cause I mean, what doesn’t?)