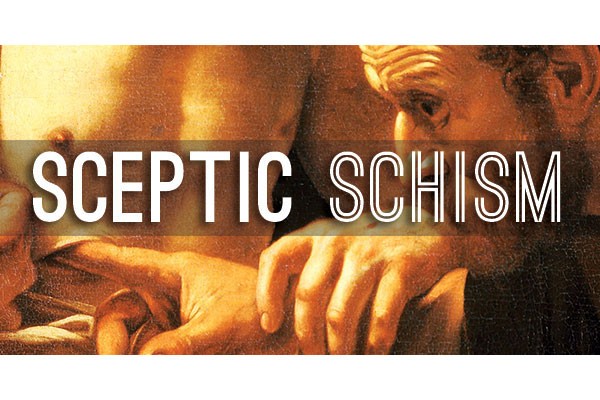 David Icke has convinced hundreds of thousands of people that the world is run by something called the “Babylonian Brotherhood”, a race of seven-foot-tall reptilian aliens who squeeze into human-sized suits and rule the world. They have brainwashed humans into believing they are human in order to make them their slaves. They also eat children and drink human blood to prolong their lives. Icke also believes the moon is a constructed, hollowed-out fake planetoid that beams mind-controlling waves to Earth.

I have a friend who believes in Icke’s lizard theory. Her justification is that the people he says are lizards — like Queen Elizabeth, George W. Bush, and Pope John Paul II — “look kind of reptilian”. True, but then most old people have a bit of a lizard look about them. If you look at the previous pope with a lizard in mind, then, sure, he looks kind of snakey.

I watched a YouTube video from a channel called “Red Pill Philosophy”, which promised “scientific proof” that David Icke is right about our reptilian overlords. The “startling and sobering evidence” includes that we evolved from reptiles and that the “primitive” part of our brain at the base of the neck is often referred to as the “reptilian brain”. It is where our baser responses, such as aggression, fear and hunger, come from. So, Red Pill concludes, Icke may have been wrong about the reptiles being aliens, but could it really be a coincidence that scientists happen to use the word reptile to describe our less desirable brain functions? He thinks not. A linchpin of conspiracy theories is a refusal to believe that similarities between unrelated things are mere coincidences.

If reptilian humanoids really do, as Icke says, project “an artificial sense of self on the world that humans believe”, then nothing we observe could possibly refute his theory. By this “logic”, however, I could make up any theory — like some plants are dogs who can’t bark or move and are indistinguishable from real plants because of a magic spell — and it also couldn’t be refuted. How do we know that some people aren’t lizards perfectly disguised as humans? We don’t. It doesn’t mean that it is a good argument. Sometimes the wackiest arguments, like David Icke’s reptilian overlords, can be convincing because of their absurdity. Why would he say something so strange unless it were true?