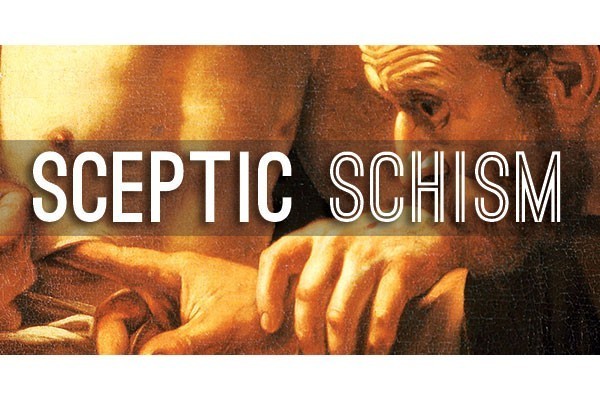 If you decide whether to have tea or coffee in the morning, there’s probably no radical analysis of the situation going on in your head. If you sense straight away that your friend is happy to see you, you don’t have to stop and slowly analyse their body language and speech patterns to work it out. If you play in a band with the same people for a long time, you can start to feel so “in tune” with each other it can feel like you are communicating psychically. It’s magical. Intuition is real and helpful, to a point.

Intuition is defined as “something that is known or understood without proof or evidence”. Natural News has a section called “Intuition News, Articles and Information”. Stories include a woman who shunned cancer treatment to treat herself “intuitively” (without proof or evidence). I had a family friend who did just this — he decided that he could “sense” the cancer was gone from his body. Sadly, he passed away.

Intuition can also be used to justify prejudice if we trust gut instinct over analysis. Bioethicist Leon Kass has written on “the wisdom of repugnance”, claiming that a common feeling of revulsion toward something is enough to conclude that the thing is offensive or wrong. While this may be helpful in some cases — eating rotten meat is usually bad for you — it could also be used to propagate terrible ideas. In the past (and even now), people may have “intuitively” thought that certain races of people are inferior to others, that women shouldn’t be able to vote and that homosexuality is deviant human behaviour, simply because of a gut instinct. But if you find something repulsive, you need to be able to step back and ask why that is. Most people would find it revolting if some people enjoyed smearing poo over themselves while they have sex. But is it wrong? If all the parties involved are consenting adults who know how to avoid getting sick, who is being harmed?

Intuition is useful to us, but it can be used in place of “what I want to be true”. Nobody wants to have chemotherapy or to have their dearly held beliefs challenged. But assuming that your guts are better at thinking than your head can sometimes lead to tragedy.