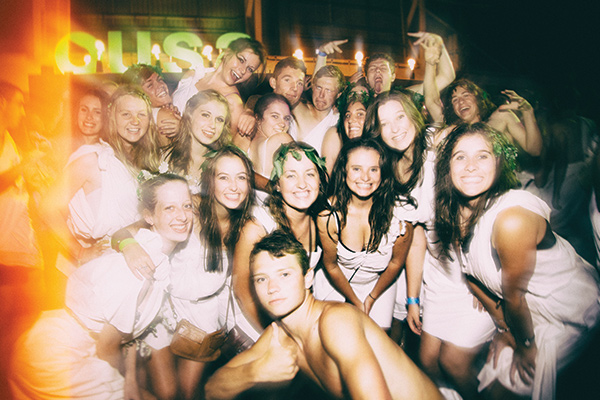 Bouncing off the Halls | Issue 22

This week begins with some shocking behaviour from Cumberland College, earning its reputation for being the most disgusting and depraved dungeon of degenerates Dunedin has ever seen.

Cumberland residents are continuing to make reports of human faeces “smeared” around the toilet block in the college. Either out of drunken confusion, spite, or some twisted form of love and over-sharing; various other residents are also reported to regularly use each other’s beds as bathroom alternatives.

It seems one student attempted to climb out of Scumby Cumby’s primordial ooze, leaving behind the faeces-filled cesspit in search of a night of romance. Eloping with a strange male plucked off the street, the young woman climbed to a nearby rooftop in search of some PG-13 stargazing. How romantic. However, passerbys were less than starry-eyed when they were treated to the image of the girl on her knees – in what we can only assume was an attempt to join the poor man’s Mile-High Club – in full view of the street below. Advice? Next time try a two-storey.

Cumberland Courts’ residents have typically been sexually frustrated, with more reports of genitalia stuck in inanimate objects than we know what to do with. One confused resident brought his own version of the “Double Down” to Maccas – first rubbing his chicken nuggets on the outside window, before proceeding to place his entire Happy Meal inside the hand-dryer. When a woman, who was dressed in a cow onesie, threatened to tell security, the Cumberland Courts’ gentleman used the greatest defence tactic he could summon in his inebriated state – sticking his fingers down his throat while threatening to vomit, yelling “I’ll do it! I’ll do it!” Safe to say, the hand-dryer was the only action he got that night.

A female resident of a land far, far away, known as Aquinas, obviously became a tad dizzy due to the high altitude. After a massive night out, our lass hopped into another’s bed, much to the delight of the male resident who, up until that point, had never seen a female. One thing led to another, until the unfortunate urchin vomited into the mouth of her lover-boy, causing her to quickly flee back to her room in disgrace. Ah, young love.

Back on Castle Street, Selwyn College also has its fair share of repulsive residents. One fine gentleman found himself up shit creek without a paddle when he accidentally defecated in his (now former) girlfriend’s bed. Critic has also received further reports of one incontinent student drunkenly urinating over his own laptop, with another urinating over his girlfriend’s beloved Health Science textbook. We have no doubt this has ruined her chances for medicine, and his chances of ever having his anatomy examined again. One fine Selwynite discovered the key to long-lasting stamina, with three separate love-making sessions in one night – two with other Selwyn residents, and one with a Big Ben pie at half-time. Young’uns must keep those nutrients up.

Lastly, in typically riveting St Margaret news, dishes were confiscated for three weeks due to a messy kitchen. We can only assume this led to absolute anarchy. The student explained, “people kept leaving them on the bench, ignoring the many, many warnings to put them in the cupboards. So they were all taken away for like three weeks.” Points for effort, St Marg’s – we know you are really trying.