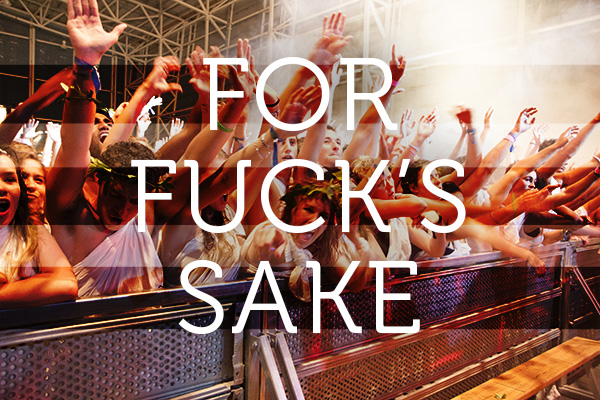 Mark Wahlberg once made an awful movie about Earth taking revenge on humanity because it was pissed off about global warming. So, every time a special wind blew, people everywhere compulsively committed suicide. I’m reminded of that movie whenever I see a Public Display of Affection, because the sight alone makes me want to stick pins in my eyes.

However, I’m going to give couples everywhere the benefit of the doubt, and suggest that their “love” has made them blind to their own eye-bleedingly disgusting ways. Thus I decided to helpfully list some of the places where displays of their mutual devotion really suck, in ascending order of insufferability.

Not so for library PDA. Not fucking so. This may surprise some of you love-struck fuckers, but most of us go to the library to get shit done and we cannot highlight while you are canoodling in the corner. The worst thing about library PDA is that it is very distracting and hard not to look at. So not only are we prevented from working, we all inadvertently become perverts as well.

But it can’t get worse than living room PDA, which usually occurs when a flatmate brings their other half around for the evening. Guys, we know you are touching each other’s bits under that unsubtly placed blanket. What the fuck? I want to say “get a room” but that would be silly because you already have a room, so please use it and leave your flatmates to watch Criminal Minds in peace.

Couples of Dunedin, I know you think that what you have is beautiful and should be shared with the world, but please know that it isn’t, and it should not. No one thinks you are cute. Everyone is thinking of ways to quietly murder you. Fucking stop.