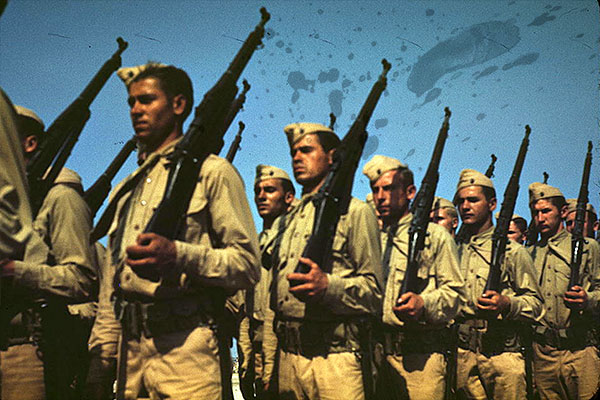 This week’s column is about what you might call a Frankenconflict (a word I made up just now). The details read like Auschwitz, Nanking, and Srebrenica rolled into one. Without further ado, I’ll let you in on this dirty secret going down in our own backyard.

West Papua is in the western half of Papua New Guinea. It was a Dutch colony until 1969, when Indonesia officially took control, and promptly restricted freedom of movement and punished any vague expressions of separatist sentiment with torture or death.

In the 1970s the Indonesian military became increasingly violent towards the West Papuan independence movement. There are stories of Indonesian soldiers publicly shooting a pregnant woman, then cutting out and dissecting the foetus while the woman’s sister was raped and killed. Another story tells of 30 men being forced into their boats and being pushed overboard with concrete blocks tied around their necks. Yet another story tells of soldiers disembowelling villagers and filling their bodies with stones, cabbages and leaves — can I get a “WTF”, please?

To add insult to injury, Indonesian authorities are earning billions by allowing companies such as the American corporation Freeport to mine the absolute shit out of West Papua. Freeport actually directly funds the Indonesian military with US dollars by paying them to oversee the mines.

Between 100,000 and 400,000 West Papuans have died since Indonesia took control . The original population was only 800,000. Disturbingly, Indonesia is gradually deploying an additional 15,000 troops into the area, which, conveniently, journalists and researchers are banned from.

To paraphrase Kevin Clements (the closest Otago University will ever come to having its very own Albus Dumbledore), we should care about the West Papuans because they’ve survived for a very long time on very little, and given the imminent demise of the environment/Life As We Know It we probably stand to learn a thing or two from the poor fuckers.

But more than that, when I learned this all I could think of was how the Nazis/Japanese/KKK/Serbs/interahamwe did the same stuff (with the possible exception of the cabbage thing) to Jews/Koreans/blacks/Bosnians/Tutsis, after which the world solemnly declared “Never Again”. The invisibility of the West Papuan tragedy is probably the greatest obstacle to its resolution. If the aforementioned violence is anything to go by, it seems to take a certain level of media coverage of massacres and mass graves for such issues to be taken sufficiently seriously by people who have the power to do something about them.
This article first appeared in Issue 22, 2012.
Posted 5:17pm Sunday 2nd September 2012 by Brittany Mann.

NOTES ON A SCANDAL