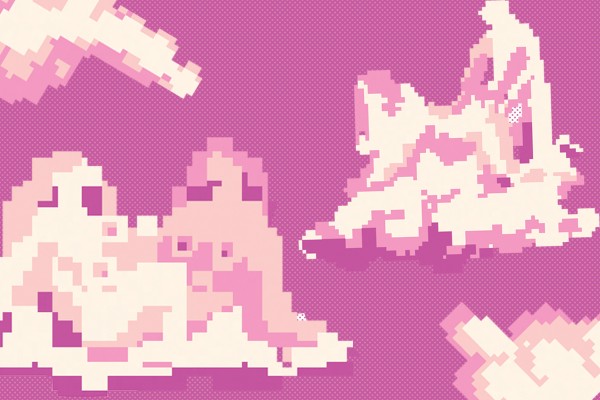 After all the waiting, the nights with my vibrator and the antici…pation, I finally got down to it,
and all I could think was, ‘Sex sucks’. It wasn’t painful or even uncomfortable. It was just a
nothing experience, and one that was taking forevvvver. Half an hour in, John was not slowing
down. I’d given up trying to enjoy myself at that point, and I was just praying. Praying for his bed to stop squeaking like a dying mouse, praying for him to hurry up so I could go home and
praying I never had to do this again, when, mid-thrust, he stopped and looked up at me.

“Do you hear that?” he said. Hear what? I listened in for a moment. Low and behold, someone was calling my name. And it sounded like my dad?!? I peeked out the curtains, but my dad was not outside. Confused as anything, I looked down at my watch. My smartwatch. Then at my phone on the bedside table. Time stood still. My heart dropped. Before John registered what had happened, I’d jumped off his dick, grabbed my phone and started yanking on my clothes. “Hi, dad! Sorry, I was just with a friend watching a movie and picked up on my watch. Yes, I would like Turkish for dinner, be home soon, bye!”

I had already begun gathering my things at light speed, ignoring all of John’s attempts to talk to me. I was on a mission to get out of that house before my life could get more embarrassing. But fate wasn’t done with me yet. As I tore out of the hallway, blouse on inside out, hair a mess, John’s well-meaning, non-English speaking parents stopped me to offer homegrown cucumbers. I brushed past them with a garbled apology and ran out the door to my car. Once safely inside, I didn’t stop screaming till I got home. My parents and I never spoke about that day, but I’d been on the phone for 68 seconds before I noticed something was amiss. 68 seconds, on speaker, in the car. My mum was there too.