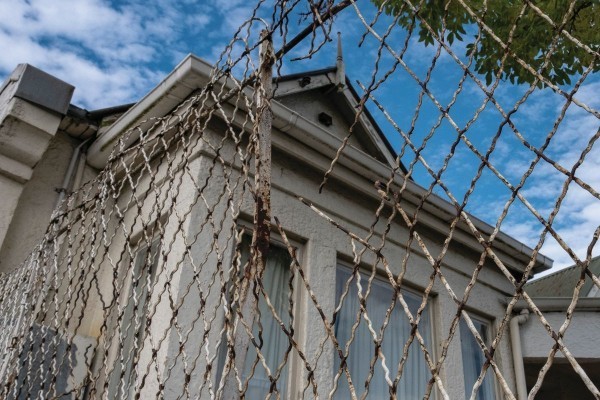 No Regulations on Lead in Plumbing

Government inaction on lead fittings could be causing irreversible harm to millions of children.

Lead levels in plumbing fittings are currently unregulated, and the government needs to take urgent action, according to Greg Wallace, CEO of Master Plumbers, Gasfitters & Drainlayers NZ (Master Plumbers). Greg told Critic Te Arohi that his organisation raised the alarm back in 2018. “We got rid of the lead out of petrol in the early ’80s. We got it out of paint. Surely we want it out of our drinking water?” he said. “We're just not being a sophisticated society here.”

National testing undertaken by MFPDNZ over the last three years has shown lead levels up to 11 times higher than the New Zealand standard for drinking water. “To put that in perspective, New Zealand’s drinking water standards are twice that of the US,” said Greg, while Australia and Europe are moving towards a zero standard.

Despite the clear dangers posed by lead poisoning, especially to youth, the issue has faded into the background since the furor caused over the Waikouaiti contamination scare at the beginning of this year.

“20 years ago, a lot of plumbing products used to be manufactured in New Zealand. Now about 95% are imported,” Greg said. “Tomorrow, you could go online, you could import a 20-foot container of tapware and sell that through the internet.” Those taps could be chock full of lead, and the legal liability would rest with the installer — something Greg says is “completely unfair”.

Attempts to bring light to the issue have had limited success. “We've spoken to National about it. It doesn’t seem to be their main priority,” said Greg, diplomatically.

The Green Party’s infrastructure spokesperson, Julie-Anne Genter, said she tried to raise the issue in the last government, where she was Associate Minister for Health. “The truth is we don't know if there is a problem,” she said. No systematic data is available, and public awareness of risk is low. According to Genter, “it just feels like there hasn't been a public health campaign around this issue. Other parts of the world have dealt with this problem. And it's something that we should be doing, because there is no safe level of lead.”

“I think their philosophy is quite light touch,” said Genter about MBIE. The MOH has changed the notifiable levels of lead to a lower level, but they haven’t instituted regular testing like they do in other comparable countries. “In New Zealand, nobody wants to deal with the problem. The Ministry didn’t seem to think it was a big issue when I asked them about it.”

“The government has to regulate it,” said Greg. He described the current approach the government is taking — to “ask suppliers to sign a declaration that their products comply with relevant standards” as “frustrating”. “We just don’t think that legislation is strong enough. There’s nothing to enforce it.”

Both Genter and Greg supported taking your landlord to task to ensure that the water coming out of your taps is safe and clean. “We talk about insulation and heating. Is drinking water being safe for use also important? I think so. That should be part of providing a healthy and safe environment,” said Greg.

Genter agreed, saying “obviously, I think landlords should be accountable a lot more.”

Jan Hains, Communications Officer for the New Zealand Property Investor Federation, said “sorry we haven’t any data on this issue.”

However, even if lead shows up in your tested tapware, it doesn’t necessarily mean that it’s the fittings at fault. Greg said the water tobies (the isolation valve which sits outside and connects your flat to the water mains) can contain lead too. “We had some of those leaching lead. I think it was conveniently brushed over as an issue [when the Karitane lead scandal blew up].”

He said the reports on the Waikouaiti contamination incident are “very detailed, however, it's also very helpful for the council because it removes responsibility and puts it on consumers.  Having a water main that's over 80 years old, with lead joins, is not what I call acceptable. It should have been replaced 20-odd years ago.”

This sentiment was echoed by Dr Mike Palin of Otago’s Geology Department earlier this year. In our 9 May issue, he told Critic Te Arohi that lead poisoning of the environment is “insidious”, and that “as a society, we've decided [lead is] too pervasive to clean up so we just continue to live, eat, and drink the shit.” He told Ctitic this week, “bottom line… ignorance isn’t a defense.”

Greg laughed when asked about the advice being given to flush taps for 30 seconds each morning. “It's ludicrous,” he said — hardly anybody is aware of the advice, it contradicts the advice being given in other parts of the country to conserve water use, and it will reduce lead leaching, but not remove contamination completely. “Why don't they do something concrete and support getting rid of lead in products, including the water tobies they supplied?” Greg asked.

According to DCC Three Waters Group Manager Tom Dyer, “water tobies have been identified as one potential source capable of contributing very small amounts of lead to the water supply. These sorts of fittings are already being progressively replaced with lead-free equivalents as part of routine renewals work.”

The office of Health Minister Andrew Little told Critic that our request for comment should be directed to the Ministry of Health or to the office of Hon Poto Williams, Minister for Building and Construction.