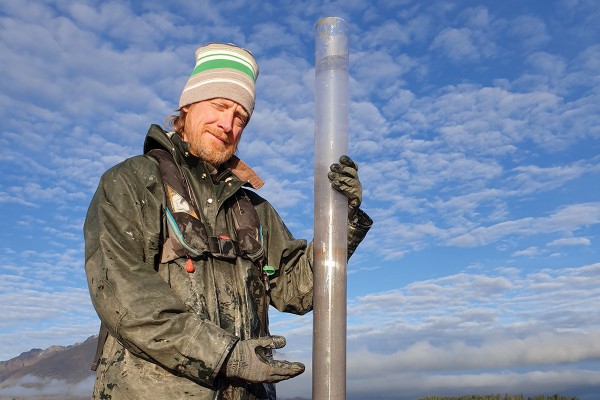 Geology Department gets $8.6 Million to look at Mud

Otago’s Geology Department just secured $8.6 million to study carbon sequestration in Fiordland. The funding, which will run for five years, was secured by a multidisciplinary team led by Associate Professor Chris Moy and Honorary Professor Gary Wilson. Professor Claudine Stirling, also in Geology, was awarded a separate $1 million for yet another mud-based investigation.

Chris’s award was the largest of nine grants awarded to Otago, but he’s excited about more than just the money. “Not just the dollar amount, but also the timescale involved. It’s just so rare in science to have a programme run for this long, and we’re so grateful for this opportunity,” said Chris. Five years in Fiordland means that his team has the time to really hunker down in the area, to install instruments and make seasonal visits to conduct research. And the $8.6 million means that any students interested in Fiordland will now have the financial backing to study one of New Zealand’s best natural laboratories with the best tools available.

Fiordland is a major carbon sink in New Zealand. The fern-choked cliffs and mud-filled marine channels make the area critically important to New Zealand’s sustainability goals. Chris’s team wants to look at how human activity will affect this “carbon sponge”, and he stressed that their application was successful and exciting not just because of the science involved, but because of the diversity of backgrounds working on the team.

“We have economists, we have climate scientists, we have Ngāi Tahu collaborators and people from Fiordland Marine Guardians,” said Chris. “What makes this really strong is that we’re all coming at this from different perspectives and disciplines.” Chris also helps lead the Winds of Change network, which connects climate-conscious postgrads in Chile and New Zealand — two countries with analogous climates and challenges. That programme kicked off last year, and its demonstrated impact was something Chris cited as a reason for winning this most recent award.

$8.6 million is a lot of money. Fortunately for students, much of this award will fund activities and opportunities that we can take advantage of. Dan, one of Chris’ Masters students, said that he was excited that his research field just got such a big cash injection. The money will “open up opportunities all around. More people can get involved, it’s good for everybody.” Dan joked that “I’m sure there will be turkey for lunch every day in the field now. We’re gonna eat well.”

According to Dan, studying submarine muck is “unlike anything else. A lot of geologists can’t even understand what we do, ‘the mud people’, but if you're interested in climate science and having a better understanding of the natural world, it's good to get involved in this. It’s way more interesting than one might think — I think it’s about $8.6 million worth of interesting.”

Chris said that regular work in Fiordland will open opportunities for students of all levels, which sometimes involves sailing Otago’s research vessels into Doubtful Sound. The work isn’t always glamorous, but it’s always exciting. “At the end of the day, it’s about looking at the mud that’s accumulating at the seafloor of these environments. We can start at that fundamental level and add layers of complexity as we go.” But no matter the level, be it an undergraduate field trip or a PhD, “you just have to dig in. Get your hands dirty.”

“Whether you're interested in geology or biology or chemistry, all those fundamentals are there in Fiordland, and they're all really important for our future,” said Chris. “And we’re just so incredibly grateful that we have this opportunity to keep working there.”