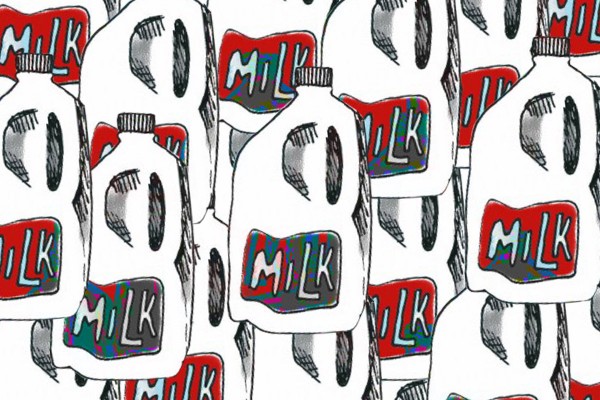 Two Otago scientists have criticised the optimistic results of a nitrates study co-funded by Fonterra and MBIE. The original study concluded that it is “highly unlikely” that the presence of nitrate contaminants could increase your risk of cancer.

Nitrates have been linked to cancer in humans, most notably to colon cancer, and the agricultural industry (Fonterra) is a major source of these suspected carcinogens. Fonterra and MBIE co-funded this investigation into nitrate contamination of New Zealand’s drinking water, which produced dubious results.

Two Otago staff members, Dr Tim Chambers and Professor Simon Hales, quickly pointed out several problems with the science. They claimed that the research aims and analysis, funded by those who stand to benefit from looser agricultural restrictions, “were never designed to justify the conclusions in their report or public statements”.

While the situation may be reminiscent of how the tobacco industry funded numerous studies to downplay the risks of smoking, Dr Chambers said that this was not a fair comparison. Unlike tobacco use, said Dr Chambers, “there is likely some level of sustainable agricultural land use [although it appears we are currently far beyond this point] as well as nitrate intake”. And while industry-funded research may cause concerns over potential conflicts of interest, in this specific situation, “industry-led or commissioned research could help advance our knowledge-base.” We just have to be clear about what role those industrial funders played in the development of the research questions and methodology.

While the original article claimed that “it is highly unlikely that nitrates in drinking water or the diet present an increased risk of cancer,” Dr Chambers and Professor Hales said that the evidence provided by the dairy-industry funded research was “not sufficient” to make such a claim. The research examined how nitrates in drinking water affect the average Kiwi, however, drinking water only accounts for about 10% of your overall nitrate intake. This limited scope led Dr Chambers and Professor Hales to state that “the research cannot justify such a definitive conclusion.”

Nitrates engage in some pretty complicated chemistry when they get into your body, so it’s tricky to say exactly how dangerous they are and exactly what happens to them inside of you. However, one thing that we’re certain of is that antioxidants (like what you get from fruit and veg) can help mitigate the effects of nitrates. This is important, because the original study assumed that any nitrate that you may pick up from drinking water is completely nullified so long as you consume it alongside a meal or another antioxidant-laden beverage. I don’t know about you, but I do not exclusively drink water with meals. But even if I did, scientists still don’t actually know how much and how often you’d have to take in antioxidants to completely nullify any nitrates in your system.

A second decision criticised by Chambers and Hale was the assumption of an “average” New Zealander getting water from a communal supply. The original report excluded all non-registered water supplies, which Chambers and Hale pointed out “are at the most risk of nitrate contamination.” Additionally, the original claim that “​​there is little reason to differentiate between drinking-water and food nitrate exposure” directly contradicts the conclusion made by the International Agency for Research on Cancer.

Dr Chambers told Critic Te Arohi that “we have completely and directly altered the natural levels of nitrate in some of our drinking water supplies.” He went on to describe that people in rural areas are the most at-risk, and that these are the people unrepresented by the Fonterra/MBIE study. “We are particularly concerned about those people,” said Dr Chambers. “We know that at a population-level there is currently little risk, [but] there are around 800,000 people on water supplies higher than the levels observed in international studies. Some of these people are on levels around ten times higher.”

In short, the original claim that it is “highly unlikely” that nitrates present an increased risk of cancer is made on the assumption that nitrates are completely nullified by your healthy diet and that you don’t get your water from an off-grid source. This may paint a reasonably accurate picture of the “Average New Zealander”, but this picture does not include the people who are most at-risk of nitrate contamination, and this is what these two Otago scientists are calling out.