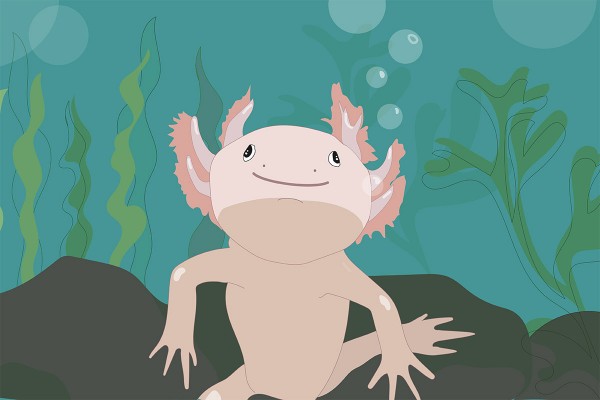 Axolotl Pair Left Out to Dry

Two axolotte (plural of axolotl) were left outside on the footpath of Forth Street last week. A rescue was attempted by Amelia Seals, owner of 131 axolotte, but the animals were never recovered.

The axolotl is a Mexican amphibian, a type of salamander, and a common house pet. They remain aquatic their entire life which means they are not pets you pet but can be quite entertaining to watch. This also means that leaving them in a green bucket on the footpath is a terrible idea, even if they’re under plants so as to not “fry in the sun”.

Amelia was absolutely shocked by the Otago Flatting Goods post claiming that the axolotls were just out on the curb for anyone that wants to pick them up.  She asked the original poster to bring the critters inside, but was told that the poster had already skipped town and that the axolotte were “enjoying the breeze.” Again, these animals are aquatic.

Amelia made a hasty getaway from an event in Port Chalmers to rescue the animals, but they had vanished by the time she arrived. So either the zoology department just got some new specimens, a flat got some sick new pets, or some local seagulls just discovered Mexican street food.

If it was your flat that gained new pets, Amelia is worried about them and would love to hear that they’re doing okay. She recommends a larger fish tank because the one that was left out is incredibly small. Personally, I wouldn’t usually take advice from someone I meet on the quasi-dating site called Otago Flatting Goods, but Amelia has been rescuing axolotls for 14 years, and so is a bit of a pro. She currently has at least 131 adult axolotls and some unknown number of infants, which is honestly newsworthy itself.

Okay we admit it, they're not called axolotte. Don't trust everything you read.