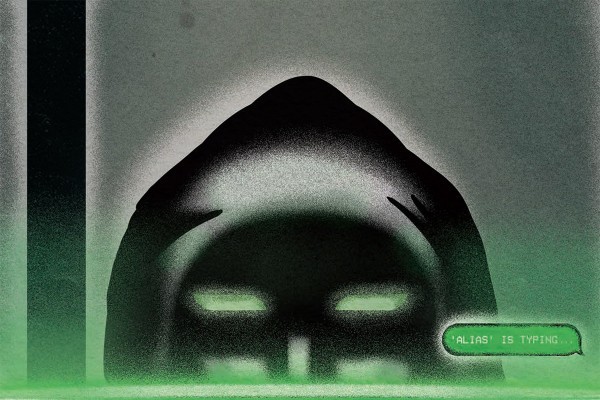 “It was put up so shitty”

An Auckland man revealed he ripped down an Action Zealandia banner on Sunday as the group ran away, high-fiving each other on a job poorly done. This event follows Critic’s exposé on the neo-Nazi group last week.

On Sunday 8 August, Spicy Johnson* was driving along State Highway One, coming up to the market road overbridge in Remuera, Auckland.

“We were pulling off the highway as we saw them putting it up. My wife did a double take, she was like, what the hell is that? We saw the guys about to gap the scene, as you would. They looked pretty stoked with each other,” Spicy said.

Action Zealandia is a white supremacist neo-Nazi fascist activist group. AZ generally try and stop short of publicly calling for genocide, but they do have ties to foreign neo-Nazi terrorist groups and advocate anti-semitic conspiracies. Senior members have praised both Adolf Hitler and the Christchurch shooter.

A Tāmaki Anti-Fascist Action spokesperson told Critic that: “Over the past year, Action Zealandia has engaged in a range of actions to try and revitalise Nazism in Tamaki Makaurau.”

“These [actions] include putting up posters and stickers across Tāmaki Makaurau, attending anti-lockdown rallies, and doing banner drops in support of Swedish Neo-Nazi Tommie Lindh, boycotting China, [and] the American white nationalist murderer Kyle Rittenhouse, as well as the Sunday banner drop that was done after a call for fascist groups around the world to do so was sent out by the British Neo-Nazi group Patriotic Alternative.”

Spicy says the banner was “for sure” homemade as it looks “pretty arts and crafty”. Spicy sent Critic a photo of the banner now adorning his garage floor. To get a banner of the same size professionally printed would usually cost $400-$500 at a signwriter’s shop.

“I ran over and had a go at it with a key I had in my pocket, but then I realized I could just tear it down, because it was put up so shitty,” Spicy said.

Despite being only “peripherally” aware of AZ, Spicy was “clued in to the dogwhistles” having had seen news reports regarding members and their attempts to infiltrate the army, where he used to work. “I kind of knew what the deal was and didn't feel like it needed to stay up,” he said.

“As I was tearing it down, I had a bit of a chuckle to myself, because I am a bald white man, so I might look the part with a ‘white lives matter’ sign,” Spicy said. “It was up there for a very, very short amount of time.”

“It's a pretty big bummer to see. I used to live in Portland, Oregon. That kind of message, unconfronted, can spiral out of control into some pretty nasty social issues with the rest of the society. It doesn't stay isolated. So I felt pretty compelled to get it down. Because that message begets more of that behavior, which I think is the intent behind it really.”

“It's getting a bit more brazen, I'd say. I think it's just important that when you see it, you call it out. If it's not safe to call it out, because maybe confronting three guys in combat boots and stuff isn't really a good idea, then make sure that you undo what they do as quickly as possible,” said Spicy.

He said he saw three people run away as they fled the scene. They were all white, wearing uniforms of black face coverings, hoodies, khaki pants, and boots. “They were all in the same gear,” he said.

“As they were leaving the scene they were kind of like giving each other high fives and stuff to congratulate each other.” This was when Spicy and his partner “pulled over and put on the hazards. I bolted across the street and got it down.”

His wife called the cops on the non-emergency line. “They seemed pretty interested in it,” Spicy said. Police confirmed to Critic that such an event, given the potential hazards involved and that the event was happening when they saw it, a call to the emergency line would have been warranted.

A police spokesperson said: “police are aware of a handful of instances earlier this year where some protest banners were placed over some Auckland motorway overpasses. … any non-consented sign being placed on a motorway could ultimately result in a prosecution. Anyone who sees a banner placed over an overpass can contact Police to report the matter.”

A Tāmaki Anti-Fascist Action spokesperson told Critic: “People should rip down AZ propaganda whenever they see it, as doing so prevents them from spreading their Nazi propaganda in public. Before people rip down AZ propaganda, please take a photo of it, note down its location and please send it to our Facebook, Twitter, or Instagram pages.”

“As our friends over at Paparoa said: ‘neo-Nazi groups only deliver small numbers of leaflets and then rely on people posting them online to spread their message. If you receive or see one please message us with the location. There's no need to do their advertising for them’.”

“If you do post images of Neo-Nazi leaflets, posters, stickers etc, then please:

1. Blur out links to their websites or social media

2. Name them explicitly as Nazis

3. Post any articles about them that highlight their Nazism or harmful activity they've engaged in.”

Spicy says he intends to incorporate his new banner into his Guy Fawkes celebrations this year.