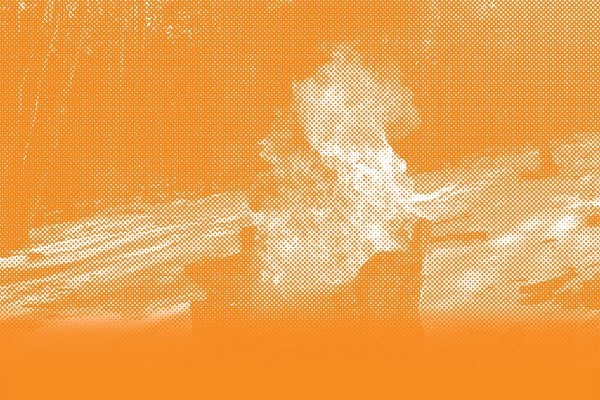 Fire in the Link Last Sunday

New Zealand Police and Fire and Emergency New Zealand (FENZ) are investigating a fire that occurred in a rubbish bin in the Information Services Building at around 8pm last Sunday 18 July.

According to FENZ, the bin in the female bathrooms on the Cumberland St side of the Link caught fire, triggering the smoke detection system and evacuation of the building. FENZ were called at around 8.07pm and quickly extinguished the fire. The fire was considered “suspicious”, and police were called at around 8.30pm. Four fire engines were present, including an aerial ladder, and the last truck left at around 10.30pm.

According to University Spokesperson, the fire damage is limited to the rubbish bin, and they completed a deep clean of the bathrooms before it was reopened.

This deep clean also cleaned up the usual mess in the restroom. It’s now cleaner than ever.

“There is no fire damage to the bathroom as the fire was contained to the rubbish bin. At most, there could be some very minor heat damage/discolouring to about four tiles that the rubbish bin was sitting on, but that can’t be confirmed until the cleaning is completed [on Wednesday].”

“The investigation is being conducted by FENZ and police and it would be inappropriate to comment further at this stage.”

Students in the Central Library forced to evacuate were unable to collect their belongings until Campus Watch allowed a small number of students inside to do so at around 10:30pm, although many had to wait until the next morning.

Anna, a student studying at the time, said she was “slowly getting more annoyed” as she had to wait around two and a half hours before she could collect her belongings in a pitch-dark Central Library. The flaming rubbish bin was just too much of a risk.

“Yeah I heard some students had assignments and tests due in as well,” she adds.

Another student checked the Link three times that night, only to find it still locked. He found his belongings untouched the next morning. The bathroom no longer smells like burnt toast.