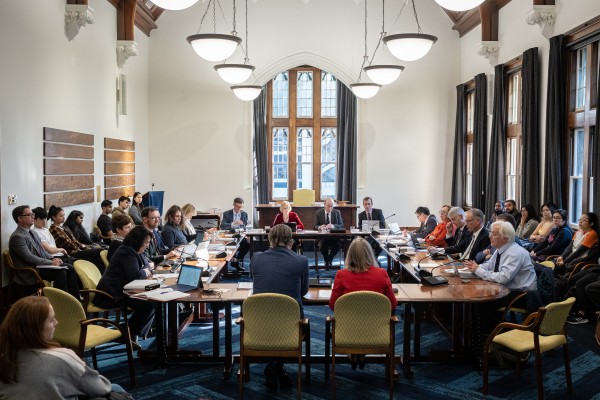 The Council will raise the fees in a new way. For international students returning to Otago, their fees will be "grandparented" (i.e. linked) to their fees this year and limited to a 2% increase on 2021 fees.

But for new international students, some fees will increase quite a lot. The University said in a statement some fees have historically not reflected "international rankings, market position and the quality of the programme".

"For a number of programmes the recommendations are for a larger increase than in previous years," according to a statement released by the University this evening. Deputy Vice-Chancellor Professor Tony Ballantyne also said that "a range of programmes will see no fee increase (as a result of market analysis)".

Co-president of the International Students’ Association Jehoon Mun said that the problem is the proposed increase on top of the continuous fee increases from previous years. “Taking a holistic view, it’s quite unreasonable and it feels like an afterthought,” he said. “We’ll do all these projects to make the University look better and who’s gonna pay for it? International students. Even with international student fees being so high already.”

“Even it’s an increase of just 2% or 3%, why now? It’s a bad time for everyone, for our families, already there is so much stress,” said Pradeesh. “This is not the time to increase the fees."

“What I’d consider a win is that the Council realise how many people care about the issues that actually go on and become more willing to have a bigger student voice,” said Jehoon Mun, Co-president of Otago International Students’ Association, who organised the protest.

The description of the protest, written by OUSA and OISA, said that "While there are scholarships for those prospective students, we feel that this is an unsustainable solution for supporting students on the increased fees." They highlighted that the fee increase is inequitable and reinforces the myth that all international students are wealthy.

The student protestors showed up to the public part of the meeting, which went from 1.30pm until 2pm. They have no speaking rights in the meeting, so it was a silent protest. In that part of the meeting, the University released its annual report for 2020, which showed that they are in a strong financial position. They did not discuss international student fees.

The actual discussion of the fees took place in the private section of the meeting, from 2pm onwards.

The only student present during the closed-doors part of the meeting was OUSA President Michaela Waite-Harvey. She desribed the decision as "disappointing" but said that OUSA "are happy we could amend the grandparenting measure to ensure international students transitioning from undergrad into postgraduate study next year were not burdened with the huge increases for newly enrolling students.” On the protest, she said it was "heartening to see so many international students turn up to visualise how unpopular this particular proposal is."

A post from the International Students’ Association said that the protest was intended to show students’ “disatisfaction on the proposal”. The protestors' “attendance and presence will strengthen Michaela's opposition to the proposal to increase international student fees, which will be discussed in the confidential part of the council meeting.”

“It’s an absolute joke the lack of Māori and Pacific voices on the council,” said another student. “They’re so disconnected from the students, from our experience, from our time.”

At the end of the public section of the meeting, Chancellor Royden Sommerville said that OUSA Michaela Waite-Harvey would ensure that students’ views were “well-represented” in the private section of the meeting. That was after the Academic Representative, Associate Professor Charles Pigden, suggested that the University Council should acknowledge the protestors.  “The fact that they had to tell us that we’ll be well-represented suggests that in the past it hasn’t been,” said a student after the meeting.

The University listed Health Sciences First Year, Dentistry, Pharmacy, Physio, Study Abroad Fees, Foundation, and Bridging programmes as programmes which will not have their international fees increased. They did not confirm which programmes would have increases and how much the increases would be.