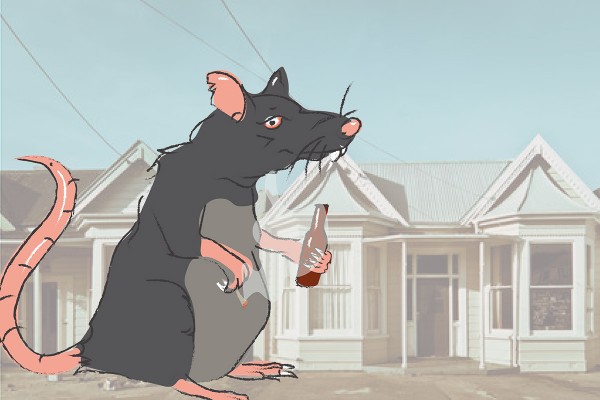 And also for rats

City Sanctuary, a Predator Free Dunedin project set up by the Dunedin City Council is offering free rat traps to Studentville residents in an attempt to eradicate the crafty little bastards from polluting pristine North D.

In the coming weeks, City Sanctuary will install at least eighty traps across North Dunedin, aiming to get one in ten households started with trapping. Tenants of registered flats will receive either an automated self-resetting trap or a conventional snap-trap for free.

According to City Sanctuary’s Operations Supervisor Catherine Bradley, the network of traps is a first for Dunedin. Catherine told Critic that this would be the first “suburb-wide residential rat trap network in North Dunedin, so this is completely new territory.” She’s also keen to set up a more long-term network in the area, noting that “students are a transient population so we’re keen to find out how they feel about trapping and how we can create a long-term trapping network in an area where people move flats regularly.”

Rats are definitely a problem for many students, benefiting from a combination of crappy flats and dropkicks who can’t clean up after themselves. Catherine said “if you’re worried about rats sneaking around your roof or want to do something for nature, backyard trapping is a practical and easy way to contribute to conservation from your home.”

In addition to getting the traps, students will also be encouraged to monitor predators over the coming months with the ability to log pest sightings on the City Sanctuary website. No, it can’t be used to report the drunken dickheads stumbling onto your front yard at 2am.

Interested students in the North Dunedin area can sign up for a trap to be installed for free at www.citysanctuary.nz/north-dunedin.