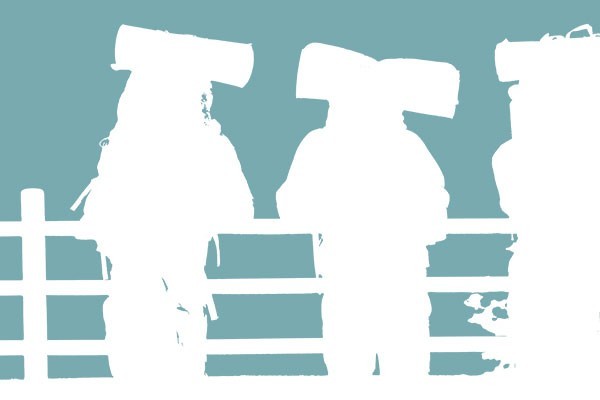 Students, known for being broke, have raised concerns that proposed changes to freedom camping regulations will limit their ability to see New Zealand.

The changes were proposed by Minister for Tourism Stuart Nash. He is from Napier, so must know a lot about places people want to visit. The changes propose more regulation and harsher penalties for freedom campers, and were consulted on by MBIE until 16 May and are not yet in effect.

The four key proposals include an ominous improvement to “regulatory tools” for government officials. They also would make it mandatory for freedom camping to be done in a certified self-contained vehicle, or on a campsite with facilities, and would increase the requirements of said vehicles.

Some of the changes include powers to confiscate freedom campers’ cars. Dan Whitburn, a student at Otago said “imagine if you were on the West Coast and your car was confiscated,” he said. “What could you do?” He noted that while most cops and DOC workers were all good, there’s always an “asshole” out there who could abuse the rule “because they want to”.

“This isn’t going to force me to go to hotels to reinvigorate the tourism industry, this is going to stop me from doing any tourism at all.” As a student who sleeps in his car both recreationally and out of necessity, Dan thinks that the changes will do more harm than good. “[Nash is] going after high value international tourists and in the process has managed to deny kiwis the right to see our own country.”

The changes come as part of Nash’s drive to attract ‘high value’ tourists to New Zealand during a time in which internationals must fork over thousands to even cross the border. Currently, regulation is largely left up to City and District Councils. Right now, the threat of a $250 fine hangs over those who choose to freedom camp where they see fit.

Dan thinks this policy has already raised issues. “I heard a story about a dude in Queenstown, drove into town, ended up having a couple of drinks as you do, and was like ‘nah I’m way too pissed to drive’ slept in his car and woke up with a $250 fine on his windscreen, for not drink driving.” There are billboards all over the country that read “Tired? Pull over and take a break. It’s that simple.”

Similar regulations have already caused injustices in Auckland where Council bylaws failed to distinguish between freedom campers and the homeless. Even though Council staff tried to be “sensitive to the needs of homeless people”, they faced backlash over not having a clear definition between the two.

Dan told Critic that “I don’t really understand where the negative perception [of freedom campers] comes from, anyway. Most of us are pretty keen environmentalists, that’s why we’re out freedom camping. We want to be out in the environment. We don’t want to hurt it.”