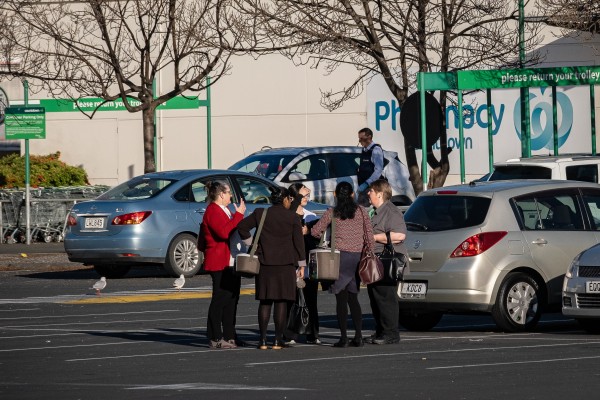 Stabbing at Countdown apparently sounds like “profit” to some supermarkets

Clarification: the photo above this article is not an indication of which supermarket is involved.

Rather than offering support to employees after yesterday’s stabbing at Countdown, another Dunedin supermarket asked workers for extra shifts because the supermarket would be busy.

A worker at the supermarket spoke to Critic Te Arohi on the condition of anonymity because “supermarket chains have no mercy on their workers”. They said “what happened at Countdown today has everyone on edge”.

A screenshot provided by the worker showed that their manager noted that Countdown was closed, which would make the supermarket busier, but did not acknowledge the stabbing or offer support.

Four people were stabbed at Dunedin Central Countdown yesterday. Countdown and police have confirmed that two of the victims of the stabbing were workers at Countdown.

"That message [asking us for extra shifts] had me fuming," the worker said. "I was waiting for one of the managers to say something like "hey I hope you guys are okay!" but we couldn't even get that. The lack of empathy is appalling."

“Even the uni was ready to comfort us, and I don't even attend my lectures as much as I should,” the worker said. The University sent an email to all students guiding them towards counselling and support.

The worker said “I want to believe the best in people, but stuff like this makes it hard. Because of the lack of mental health support in the past, it's got me thinking [the manager] was oblivious” to the stress of workers.

“I clock in on my shifts on the hour every time and not one ounce of gratitude,” they said.

Workers or anyone else needing support after yesterday's incident can find it at these places: