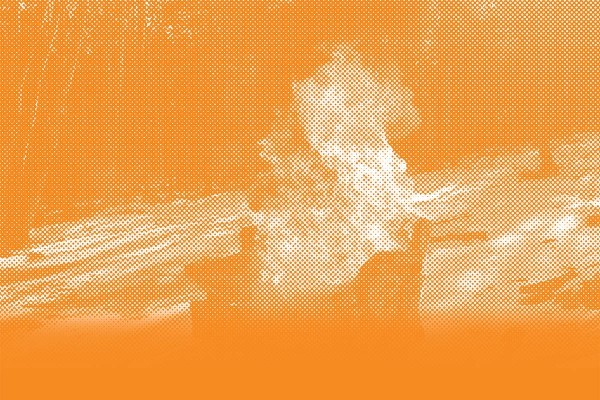 Redheads to be banned from campus from Tuesday

The dreary walk into University up Union St East was made a little more exciting on Wednesday morning, with the already scaffolding-covered College of Education Auditorium surrounded by four fire engines responding to the sight of smoke.

According to a University spokesperson, a “small, smouldering” fire started up backstage in the Auditorium at 8.15am on Wednesday May 5th, at which point usual emergency protocol was followed, and 30 people were evacuated from the building. Another 32 were evacuated from the Childcare Centre, but around 9:30 in the morning the fire was extinguished by the fire department. No one was harmed in the incident.

Ironically, the cause of the fire was linked to contractors installing a new fire sprinkler system. The lingering smell of smoke has led the University to put lectures for the rest of the week on ice, both in the Auditorium and the neighbouring drama centre.

Despite the aftermath of the fire resulting in all lectures scheduled in the Auditorium being cancelled for Wednesday, Thursday and Friday, it hasn’t stopped the Capping Show crew from completing their pack-in on Thursday night, after consulting with the University’s Health and Safety team. The Capping Show will run from the 13th to the 21st of May in the Auditorium, so hopefully the building is back in tip-top shape by then and also not on fire.

When informed of the incident, some students talked about the mythical “pass by catastrophe”, where an automatic pass can be given in the event of catastrophe, such as a death, a natural disaster, and yes, a building burning down as a result of a fire.

While no fingers can be pointed yet, any students who were banking on the Auditorium being razed to the ground to get them through their paper will be sorely disappointed, as a) passing by catastrophe doesn’t actually exist, and b) very little damage was done to the building.