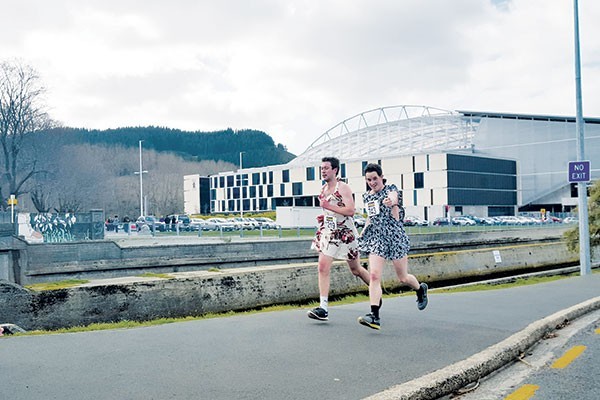 Otago Students Raise Over $100k During Relay For Life

In an incredible effort unmatched by any other university in the country, Otago students raised over $100,00 for the Cancer Society (the disease, not the star sign).

Otago is also the only Uni to have its own separate Relay event. We may be crippling alcoholics every other week, but we know what to show up for: Cancer.

Leading the pack were our Law students, who raised nearly $20k by themselves. SOULS exec member Lucy Williams raised over $3000 by getting hit by busses and suing the city council. Innovative approach, Lucy.

Over 600 participants and 43 different groups contributed to the cause. At the time of writing, the total was over $107,000. However, the fundraising drive ends on the May 10, so there’s still plenty of time to push that total even higher.

Carrington College claimed top honours out of all the halls, raising $8887, with Hayward ($6644) and Arana ($6189) coming in at second and third respectively. Some hardcore students ran over 50km as part of the Relay itself, with one legend completing over 100km, and who is presumably going to be visiting the physio for the rest of the year.